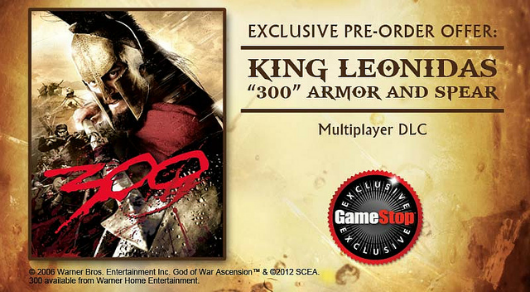 Specifically, the costume replicates King Leonidas' red cape, helmet and "armor," which we assume is what they're calling his tiny little baby man-shorts. The costume also includes a spear that provides new moves and abilities, as well as a double-sided God of War: Ascension poster. It does not, however, include a pit for disposing of foreign dignitaries or a bottle of chest grease.
In this article: 300, gamestop, god-of-war-ascension, king-leonidas, playstation, pre-order, pre-order-bonus, ps3, SCEA, Sony-Computer-Entertainment-America, sony-santa-monica
All products recommended by Engadget are selected by our editorial team, independent of our parent company. Some of our stories include affiliate links. If you buy something through one of these links, we may earn an affiliate commission.