Explore a 3D scan of the Apollo 11 capsule

Smart 3D modeling lets you mess with faces in videos 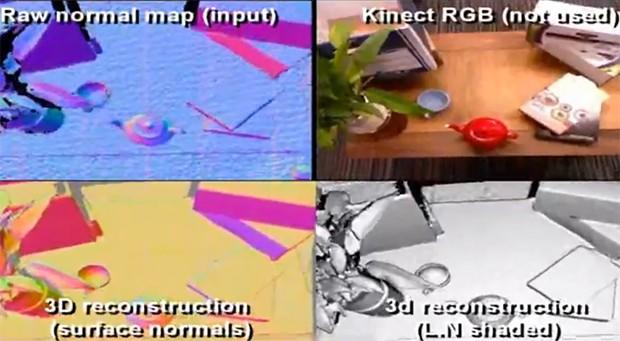 Microsoft has kept its internally-developed Kinect Fusion tool all to itself, but now, hot on the heels of Build 2012, the firm has announced that it's working on baking the software into the Kinect for Windows SDK. Concocted by Ballmer and Co.'s Cambridge, UK research lab, the tool can be leveraged to create 3D models of objects or environments, develop augmented reality applications and even take 3D measurements. By the looks of it, creating a model with the tool is a pretty painless process. When passing an object in front of a Kinect or sweeping the hardware throughout an area, the software will use the continuous stream of data collected by the device's sensors and compile it into a 3D model. Intrigued by Kinect Fusion? Hit the jump to catch a video presentation made for SIGGRAPH 2011 by the team behind the software.

In this article: 3D modeling, 3D models, developers, Kinect, Kinect for Windows, Kinect Fusion, Microsoft, SDK, Windows
All products recommended by Engadget are selected by our editorial team, independent of our parent company. Some of our stories include affiliate links. If you buy something through one of these links, we may earn an affiliate commission.