We know not all Motorola handsets will be lucky enough to be on the receiving end of Mountain View's Jelly Bean OS, but the Droid RAZR M, on the other hand, is now being prepped to get a taste of Android 4.1. According to Verizon, the 4.3-inch, Kevlar-sporting device can now be added to the growing list of devices running Jelly Bean, with the carrier noting that the fresh update will officially start rolling out to customers today "in phases." Meanwhile, Big Red also says an option to download the upgrade manually is coming, though that alternative won't be available until later next week. Regardless, proud RAZR M owners can expect a slew of under-the-hood improvements, new features such as Google Now and compatibility with ISIS Mobile Wallet (where the NFC-based payment system's live, of course). Are you seeing the Jelly Bean goods on your Droid now? Do let us know in the comments below.

In this article: Android 4.1, Android4.1, Droid RAZR M, DroidRazrM, Jelly Bean, JellyBean, minipost, mobilepostcross, mobilepostmini, Motorola, RAZR M, RazrM, verizon
All products recommended by Engadget are selected by our editorial team, independent of our parent company. Some of our stories include affiliate links. If you buy something through one of these links, we may earn an affiliate commission. 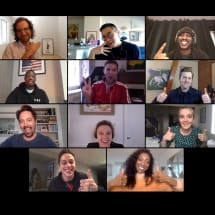