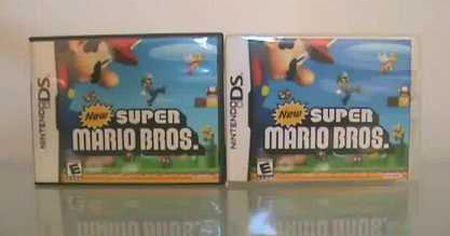 Justin Success-Brooks hasn't quite lived up to his name, at least in terms of staying out of jail. After pleading guilty last month to selling thousands of counterfeit Nintendo games in the UK, Success-Brooks has been sentenced to 32 months of jailtime.

This was no mere case of someone copying a homebrew cartridge: Success-Brooks was convicted of selling counterfeited games (in conjunction with a few dealers in China) through 18 different websites, and continued to do so after being warned by Nintendo and the UK Border Agency. At one point Success-Brooks had his stock seized, and he then continued to sell the fake games through a different website.

Success-Brooks is officially sentenced to 32 months, though he's been told to expect to serve just half of the time. Francesca Levett, one of the prosecutors in the case, said the real victim here isn't necessarily Nintendo, but legitimate online game retailers, forced to compete with counterfeit sellers. "Nintendo may be big enough to weather the storm," she said to the Guardian, but "the damage that this has done to the reputation of online retailers is untold and incalculable."
In this article: border-agency, china, counterfeit, francesca-levett, jail, jailtime, james-success-brooks, legal, mobile, nintendo, prosecutors, success-brooks, uk
All products recommended by Engadget are selected by our editorial team, independent of our parent company. Some of our stories include affiliate links. If you buy something through one of these links, we may earn an affiliate commission.