No WWDC tickets? Go to AltWWDC 2013 instead 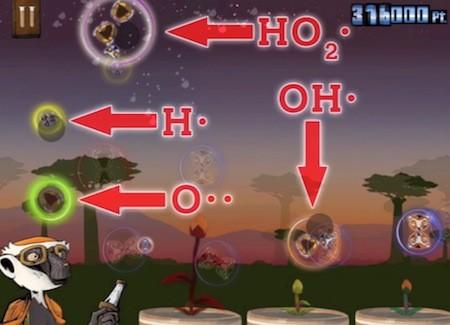 In March of this year, I had the pleasure of a brief, unplanned visit with "The World's Toughest Programmer," Mike Lee, at the Appsterdam headquarters in the Netherlands. TUAW readers know Mike for his long stint with Delicious Monster, followed by his advocacy and frequent conference appearances in support of the burgeoning indie developer community.

At the time of our conversation, Mike was just about ready for phase three of the Appsterdam project, after a year of working and collaborating his butt off to get Appsterdam running. Phase three, as he described it, marks the point where the frantic energy of Appsterdam's early days (and the direct, day-to-day involvement of the founder) gives way to a sustainable, democratic organization that is self-directing. Mike planned to take a month's vacation, give the incoming leadership a chance to get rooted, and focus on new projects like writing a book and developing educational software.

Now one of those projects is about to hit the App Store. Lemurs Chemistry: Water ($1.99), from New Lemurs, is an educational game for iOS. Your objective is to form water molecules, which help the flowers bloom. The game includes an arcade-level "wet" mode, with plenty of fun exploding molecules and easier gameplay; advanced users will switch to "dry" mode where the actual chemistry of hydrogen and oxygen reactions becomes more important.

There's a video preview of Lemur Chemistry: Water posted now; also check out Mike's blog post detailing the extensive team and efforts behind the game, including plenty of blood, sweat and tears. Best part: with some help from experts at Princeton, the development team discovered that the scientific literature covering combustion is a little bit inaccurate.

The game is currently in App Store review, and you can follow along with the updates via the New Lemurs Twitter feed. I look forward to seeing the game in action; chances are we'll be adding it to our list of five apps for lemur owners.

For vintage Lee, check out this WWDC 2008 clip with Scott McNulty, where Mike gives a deep dive on Delicious Library.

In this article: appsterdam, chemistry, features, iPad, lemurs, lemurs chemistry water, LemursChemistryWater, mike lee, MikeLee
All products recommended by Engadget are selected by our editorial team, independent of our parent company. Some of our stories include affiliate links. If you buy something through one of these links, we may earn an affiliate commission.