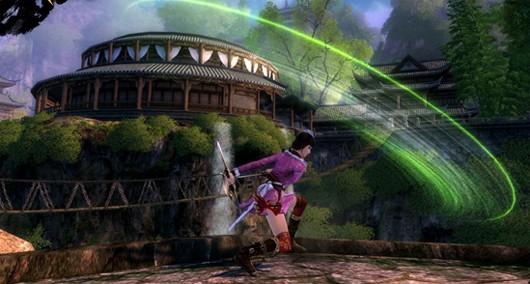 Noting that guilds will play an important role in Age of Wulin, Europe's version of Age of Wushu, gPotato has launched a feature to help their formation for the upcoming fantasy sandbox. Groups can now create private message boards directly on the official Age of Wulin forums, giving players a one-stop shopping experience to find a guild. Why is gPotato encouraging folks to band together? Because a number of gameplay features are accessed only through guilds.

Membership in a guild offers special perks, including the ability to take on special jobs and to support one of the in-game schools. Only a guild can own, defend, and develop a castle, or conversely, attack, capture, and even burn down other castles. Castle ownership opens up the ability to offer special services to guild members, including libraries and training areas.

Guilds, which can grow up to 400 members strong, can participate in massive guild vs. guild warfare with up to 1,300 players (all members and up to 250 invited allies per guild). And between major PvP battles, members can pass the time by kidnapping servants and robbing the holdings of rivals.

Beta testing for Age of Wulin will begin in early 2013; the game will launch later in the year in French, English, and German.