UN says US fears over Huawei’s 5G are politically motivated

ITU treaty negotiations collapse as US, Canada and UK refuse to sign 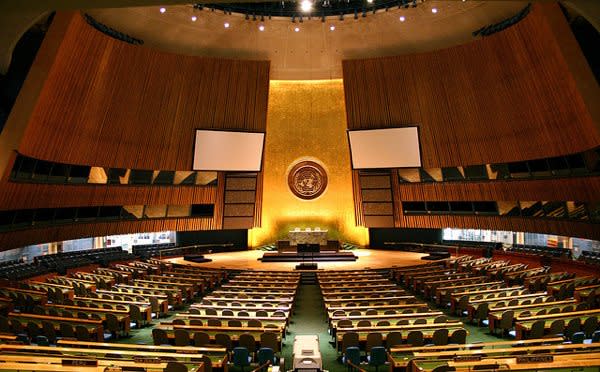 The ITU hasn't updated its rules since 1988. Thankfully the telecommunications arm of the UN is currently meeting in Dubai to rewrite its hopelessly outdated regulations. The US and Canada quickly sought to place limits on any new rules and keep the international body's focus on telecom operators and protect companies like Facebook and Google that rely on, but don't own, the world's online infrastructure. Unfortunately, with 150 other countries sitting at the negotiating table, that proposal was shot down. Critics worry that an expansion of the ITU's powers could make it easier for authoritarian regimes to thwart anonymity and expose more content to censorship. The failure of the proposal does not mean that the International Telecommunication Union will actually seek to regulate the actions of internet companies, but it does leave open the possibility of broader rules that could disrupt the status quo. A number of key issues, regarding security and the weaponization of the web, are also on the table. Next week the participating delegates will vote on changes to the 1988 treaty, which would then have to be ratified by participating nations independently.

In this article: InternationalTelecommunicationUnion, ITU, regulation, UN
All products recommended by Engadget are selected by our editorial team, independent of our parent company. Some of our stories include affiliate links. If you buy something through one of these links, we may earn an affiliate commission.