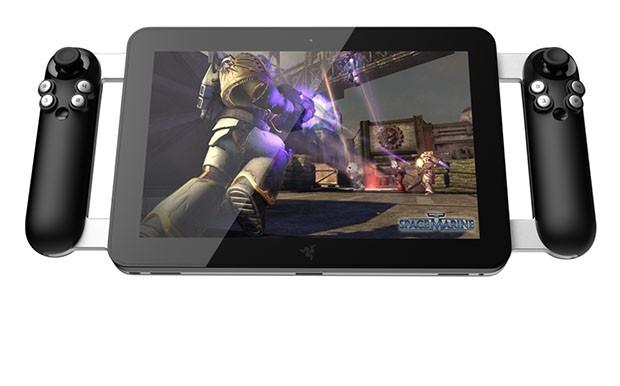 After Razer easily scored the requisite 10,000 Facebook likes needed to proceed with its "Project Fiona" 10.1-inch Windows 8 gaming tablet, it asked potential players to decide for themselves how to spec it. And here's a shocker: the consensus was to go hardcore or go home. Voters said it should be similar to the prototype with at least Intel Core i5 or i7 processing zip, mid-tier discrete graphics for max pixel-pushing and weight be damned -- twice the heft and thickness of an iPad was a-ok with the group, for power's sake. Detachable controllers were also considered a must (as we thought earlier), and for all that, wannabe gamers on-the-go were willing to pay somewhere between $1,300 and $1,500. A firm ship date has yet to be announced for the device, though a variant has already made it past the FCC -- which usually bodes well for a timely arrival.

In this article: corei5, corei7, DiscreteGpu, gaming, handheld, project fiona, ProjectFiona, razer
All products recommended by Engadget are selected by our editorial team, independent of our parent company. Some of our stories include affiliate links. If you buy something through one of these links, we may earn an affiliate commission.