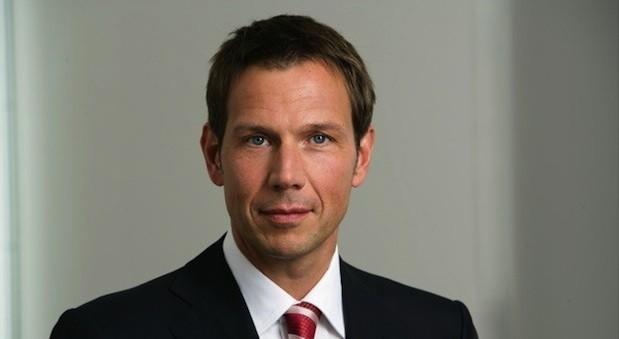 Not every CEO makes a graceful exit -- just ask HP. It's clear that Deutsche Telekom chief René Obermann would rather leave on his own terms, as he's orchestrating his departure up to a year before it takes place. The 16-year veteran expects to leave the company before the end of 2013, and the company has already lined up CFO Timotheus Höttges as the replacement at the start of 2014. Obermann says he's leaving to get closer to on-the-ground operations than possible while he's leading a telecom giant. Whether or not that's the full story, he likely won't mind leaving some of DT's uncertainties behind him, including the fallout from the blocked T-Mobile merger with AT&T as well as the long-term fates of both EE's rollout and the MetroPCS acquisition. When the company's Supervisory Board chairman says he wishes Obermann would stay, however, there's little doubting that this CEO transition is happening on friendlier terms than we've known in recent memory.

René Obermann, CEO of Deutsche Telekom, has requested that the Supervisory Board of Deutsche Telekom terminate his employment contract and appointment as Chief Executive Officer as of December 31, 2013. The Board agreed to this request in today's meeting.

Commenting on the timing, Obermann said: "In the last few years we have found solutions for our key issues. Deutsche Telekom has the best network, the best customer service in the industry and is expanding its customer base with innovative products. As an employer, we have given the topic of cultural diversity new momentum, which has been recognized and even emulated beyond the company. Furthermore, we have driven a shift in the values at the company: Today, DT is defined by a culture of fairness and open cooperation. And the company also has a solid financial foundation. In short: this is the right time to prepare to pass the baton and ensure a smooth transition. I will work closely with Tim Höttges on this." Obermann is also counting on support from the company's employees: "Deutsche Telekom has very good employees who are all highly qualified and motivated. Without their commitment, we would not have been able to handle the difficult tasks we faced in the last few years. For that, I thank them from the bottom of my heart."

Obermann is leaving Deutsche Telekom after 16 years, of which he spent seven at the head of the company and 11years as a member of the Board of Management to move closer to operational activities than would otherwise be possible for the CEO of an international corporate group and take on even more entrepreneurial activities: "I want to go back to having more time for customers, for product development and for technology."

Timotheus Höttges will succeed him as CEO as of January 1, 2014: "As far as I am concerned, he is the best choice to succeed me. I can not think of anyone better suited to continue the developments of the last few years," said Obermann. Höttges has been with Deutsche Telekom since 2000. He was initially the Chief Financial Officer (CFO) of the company's German mobile subsidiary, later assuming the role of Chief Executive Officer before becoming the Chief Sales and Service Officer of the company's European mobile operations. In December 2006 he moved into the DT Board of Management by taking over responsibility for the company's fixed-line business in Germany. During this time, he was able to halt the loss of market share by the company's DSL business, to improve customer service and to simplify and harmonize the company's range of brands. On March 1, 2009, he took over as Chief Financial Officer of the Group. In this function, he led every important step to improve the company's portfolio. For instance, the move to place the company's UK mobile business in a joint venture with France Télécom ("Everything Everywhere") or the resolution of the dispute regarding the company's Polish mobile subsidiary. And of course the planned sale of T-Mobile USA to AT&T which, although not approved by regulators, did lead to the payment of a considerable break-up fee to Deutsche Telekom. Overall, Deutsche Telekom stands for sound balance sheet ratios.

Ulrich Lehner, Chairman of the Supervisory Board of Deutsche Telekom, deeply regrets Obermann's decision: "I respect his step, even if I would have very much preferred to continue our successful cooperation. I would like to thank him for wanting to ensure a smooth transition over the course of 2013. It is very important to the Supervisory Board to define the succession and transition early on, thereby ensuring continuity. As successor, Tim Höttges has the best qualifications to continue René Obermann's achievements. He knows the Group better than anyone. In the last few years he played a significant role in ensuring that the Group is in good financial standing. I look forward to working with him in his new role. Tim Höttges is a recognized entrepreneur and has the Supervisory Board's complete trust."

Timotheus Höttges thanked the Supervisory Board for its confidence in him: "I look forward to my new role and to ensuring a smooth transition together with René Obermann. This succession plan will secure continuity in the transition. Being allowed to lead this company in the future is both an honor and a responsibility for me. Deutsche Telekom is a great company with great employees. Under our leadership, the Board of Management of Deutsche Telekom made the right decisions and managed properly in the face of very difficult market conditions to continue working successfully in the future. Our goal must be to successfully implement the transformation strategy we developed together. By 2014, we expect to halt the decline in revenues and start growing again. Therefore, we will invest heavily primarily in our networks in Germany, but also in those in the USA, to secure the future of our company."

In this article: ceo, deutschetelekom, minipost, mobilepostcross, mobilepostmini, reneobermann, t-mobile, timhottges, TimotheusHoettges, timotheushottges, transition
All products recommended by Engadget are selected by our editorial team, independent of our parent company. Some of our stories include affiliate links. If you buy something through one of these links, we may earn an affiliate commission.