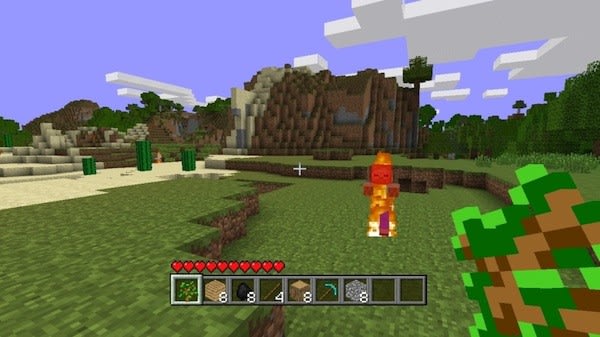 It may not yet be quite the massive cultural phenomenon that Angry Birds is, but Minecraft is certainly no slouch in the ranks of little-games-that-could, and it's now set to expand its reach even further. Microsoft confirmed today that Minecraft: Xbox 360 Edition will be available for download on May 9th, with it setting you back 1600 Microsoft Points (or $20). That will apparently buy you a fairly full-featured version of the game, including a revamped crafting interface, "natural controller movements," a tutorial mode, and split-screen multiplayer in addition to multiplayer over Xbox Live. Hit the links below for a closer look at it and the rest of the games in Microsoft's "Arcade NEXT" promotion.

Via: Joystiq
Source: Xbox Live, Major Nelson
In this article: minecraft, minecraft xbox 360 edition, MinecraftXbox360Edition, mojang, video, xbox, xbox 360, xbox live, Xbox360, XboxLive
All products recommended by Engadget are selected by our editorial team, independent of our parent company. Some of our stories include affiliate links. If you buy something through one of these links, we may earn an affiliate commission.
Share
Tweet
Share