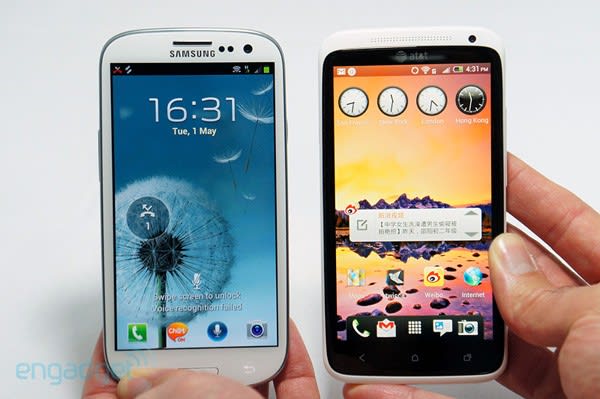 Oh yes, it's a good time to go shopping for a smartphone, particularly if you've acquired a taste for an abundance of pixels and silicon cores. But which phones ought to be considered flagships worthy of comparison with the shiny new GS III? Yes, we're including the Lumia 900 in this context, for the sake of platform neutrality and also in recognition of the fact that raw specs don't count for everything -- but we can't overlook that this handset is sorely lacking in terms of ppi and some other areas. The next two choices are more obvious: the eternal (or infernal) iPhone 4S and AT&T's version of the HTC One X. So here it is: one table to rule them all, right after the break.