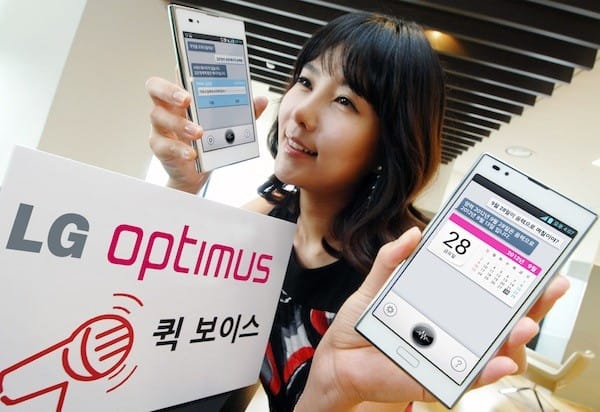 After Apple and Samsung have made their Siri and S Voice features keystones of recent smartphone releases, it wasn't long before other manufacturers jumped in and now it's LG's turn with Quick Voice for its Android phones (we'll see how Apple responds to that). Just announced in Korea and rolling out soon for various members of the Optimus family like the Vu (later this month) and LTE II (in July), it brings natural voice recognition to commonly used functions like searching, setting up appointments or pulling up videos on YouTube. For Korean users it's even tuned to check dates on the lunar calendar, although there's no word yet on when or if it will arrive elsewhere.

Source: LG Korea
In this article: android, app, korea, lg, lg optimus, LgOptimus, mobilepostcross, optimus, quick voice, QuickVoice, s voice, siri, smartphone, SVoice, voice, voice control, voice recognition, VoiceControl, VoiceRecognition
All products recommended by Engadget are selected by our editorial team, independent of our parent company. Some of our stories include affiliate links. If you buy something through one of these links, we may earn an affiliate commission.
Share
Tweet
Share