People are mortgaging their houses to buy Bitcoin

Penguin slinks back into e-book lending for New York City libraries, with a possible catch 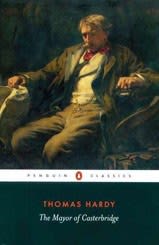 You might say Penguin has had a rocky relationship with libraries. That looks to be on the tentative mend, as the publisher and 3M have together cut deals with the Brooklyn Public Library and New York Public Library to bring Penguin's e-book catalog back as part of a test program. Under the terms of the one-year project, the libraries will pay retail-level prices once a year to keep any given e-book available, no matter how many times it's virtually borrowed by residents in the boroughs. The book publisher is taking a page from its delay-happy movie industry friends when it comes to new releases, though: fresh titles won't show up at the library until they're six months out from first sale. You won't be reading the latest Clive Cussler novel right away, then, and 3M's lack of relevant formatting means no Kindle borrowing just yet. Even so, it's good to know that we'll soon have no trouble borrowing Penguin's edition of The Mayor of Casterbridge without having to hop on the subway first.