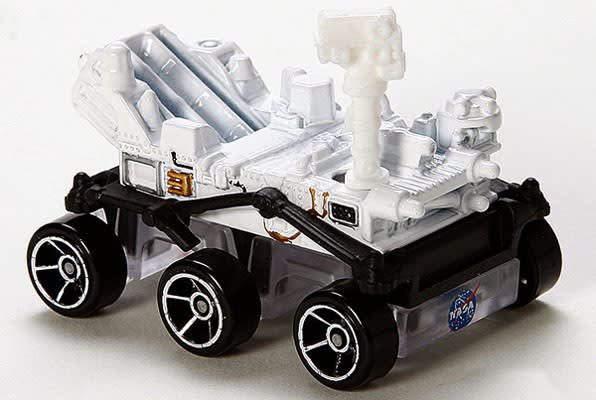 After NASA's Curiousity attempts its tension-fraught landing on August 5th, you'll be able to get one yourself in the form of this Hot Wheels die-cast model. The 1:64 scale buggy will reproduce the gutsy rover's nuclear motor, drill, cameras and laser, while being a galaxy away from the $2.5 billion price tag, at a mere $1.09 or so. The real six-wheeled deal will need to hit all its marks perfectly when it attempts to land in a few days, with a complex sequence involving an atmospheric entry, parachute deployment, retro rocket firing and final crane-style drop. So, if you do end up with the toy version, hopefully it'll be a good souvenir of a Spirit-like success -- and not some other unmentionable Mars excursions.