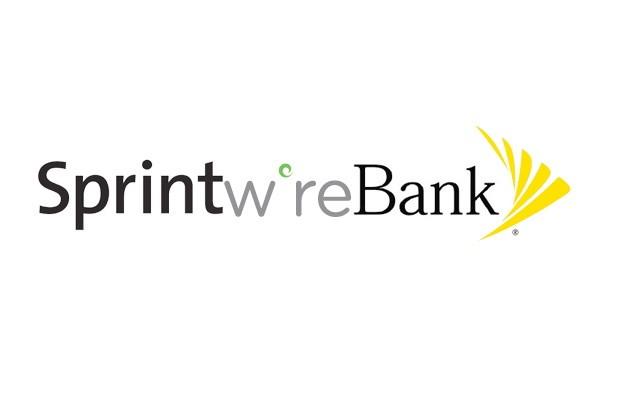 Sprint has just announced that it has entered into a "definitive agreement" to buy the 50 percent stake of Clearwire it doesn't already own. The transaction, worth $2.2 billion, is $100 million higher than the original offer House Hesse had made, once rumors of the deal had pushed Clearwire's share price up. While the deal is contingent upon the legal nuts-and-bolts of the Sprint-Softbank merger going through, the Japanese company has already given its blessing to the deal.

Big Yellow has also garnered support from Clearwire's big-ticket minority shareholders, including Comcast, Intel and BrightHouse Networks. As part of the deal, Sprint will take on Clearwire's $5.5 billion in debt and licensing obligations, as well as coughing up a further $800 million in investment for the constantly-ailing network provider. If it meets regulatory approval, then the deal will complete in 2013, and never again will Dan Hesse have to have that dream nightmare about LightSquared.

Sprint to Acquire 100 Percent Ownership of Clearwire for $2.97 per Share

OVERLAND PARK, Kan. & BELLEVUE, Wash. (BUSINESS WIRE), December 17, 2012 - Sprint (NYSE:S) today announced that it has entered into a definitive agreement to acquire the approximately 50 percent stake in Clearwire (NASDAQ: CLWR) it does not currently own for $2.97 per share, equating to a total payment to Clearwire shareholders, other than Sprint, of $2.2 billion. This transaction results in a total Clearwire enterprise value of approximately $10 billion, including net debt and spectrum lease obligations of $5.5 billion.

The transaction consideration represents a 128 percent premium to Clearwire's closing share price the day before the Sprint-SoftBank discussions were first confirmed in the marketplace on October 11, with Clearwire speculated to be a part of that transaction; and, a 40 percent premium to the closing price the day before receipt of Sprint's initial $2.60 per share non-binding indication of interest on November 21.

Clearwire's spectrum, when combined with Sprint's, will provide Sprint with an enhanced spectrum portfolio that will strengthen its position and increase competitiveness in the U.S. wireless industry. Sprint's Network Vision architecture should allow for better strategic alignment and the full utilization and integration of Clearwire's complementary 2.5 GHz spectrum assets, while achieving operational efficiencies and improved service for customers as the spectrum and network is migrated to LTE standards.

Sprint CEO Dan Hesse said, "Today's transaction marks yet another significant step in Sprint's improved competitive position and ability to offer customers better products, more choices and better services. Sprint is uniquely positioned to maximize the value of Clearwire's spectrum and efficiently deploy it to increase Sprint's network capacity. We believe this transaction, particularly when leveraged with our SoftBank relationship, is further validation of our strategy and allows Sprint to control its network destiny."

The transaction was unanimously approved by Clearwire's board of directors upon the unanimous recommendation of a special committee of the Clearwire board consisting of disinterested directors not appointed by Sprint. In addition, Clearwire has received commitments from Comcast Corp., Intel Corp and Bright House Networks LLC, who collectively own approximately 13 percent of Clearwire's voting shares, to vote their shares in support of the transaction. SoftBank has provided its consent to the transaction, as required under the terms of its recently announced merger agreement with Sprint.

Clearwire CEO and President Erik Prusch said, "Our board of directors has been reviewing available strategic alternatives over the course of the last two years. In evaluating available alternatives, a special committee conducted a careful and rigorous process, and based on the committee's recommendation, our board unanimously determined that this transaction, which delivers certain and attractive value for our shareholders, is the best path forward."

In connection with the transaction, Clearwire and Sprint have entered into agreements that provide up to $800 million of additional financing for Clearwire in the form of exchangeable notes, which will be exchangeable under certain conditions for Clearwire common stock at $1.50 per share, subject to adjustment under certain conditions. Under the financing agreements, Sprint has agreed to purchase $80 million of exchangeable notes per month for up to ten months beginning in January, 2013, with some of the monthly purchases subject to certain funding conditions, including conditions relating to the approval of the proposed merger by Clearwire's shareholders and a network build out plan.

Sprint Nextel offers a comprehensive range of wireless and wireline communications services bringing the freedom of mobility to consumers, businesses and government users. Sprint Nextel served nearly 56 million customers at the end of the third quarter of 2012 and is widely recognized for developing, engineering and deploying innovative technologies, including the first wireless 4G service from a national carrier in the United States; offering industry-leading mobile data services, leading prepaid brands including Virgin Mobile USA, Boost Mobile, and Assurance Wireless; instant national and international push-to-talk capabilities; and a global Tier 1 Internet backbone. The American Customer Satisfaction Index rated Sprint No. 1 among all national carriers in customer satisfaction and most improved, across all 47 industries, during the last four years. Newsweek ranked Sprint No. 3 in both its 2011 and 2012 Green Rankings, listing it as one of the nation's greenest companies, the highest of any telecommunications company. You can learn more and visit Sprint at www.sprint.com or www.facebook.com/sprint and www.twitter.com/sprint.

In this article: breaking news, Business, Clearwire, mobilepostcross, Purchase, Softbank, sprint
All products recommended by Engadget are selected by our editorial team, independent of our parent company. Some of our stories include affiliate links. If you buy something through one of these links, we may earn an affiliate commission.