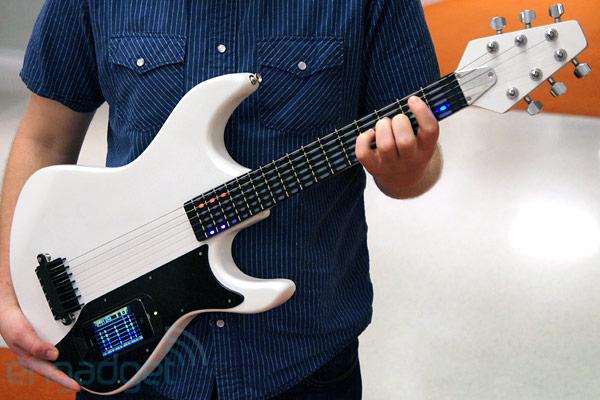 Here's a fun bit of news we're hoping doesn't get lost in the CES deluge: Kickstarter success story Incident is finally ready to start moving on its rock 'n roll iPhone dock, the gTar. The smartphone-friendly educational instrument is opening up for pre-orders this week, at $399 a pop. Josh from the company tells us that the first units have arrived at Incident headquarters and will start shipping next week, once all the requisite QAing is done. The iPhone 5 will also work with the device, if you've got the Apple adapter. A native gTar adapter, meanwhile, is coming later this year, "when Lightning connector components are made available to third-party suppliers." Those docks can be swapped in at home by users.

In this article: ces, ces 2013, Ces2013, gtar, kickstarter
All products recommended by Engadget are selected by our editorial team, independent of our parent company. Some of our stories include affiliate links. If you buy something through one of these links, we may earn an affiliate commission.