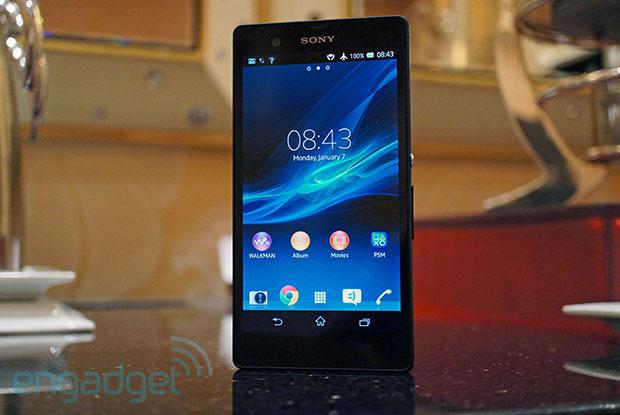 Sony unveiled the Xperia Z just hours earlier over in Las Vegas, but UK retailer Phones 4U has already announced that Brits will see the phone at the start of March. Excited "omni-balance" fans can pre-register (that is, sign-up for email updates) on the phone-seller's site starting today. The press release adds that it'll arrive across "a range of networks". In fact, Vodafone's told us directly that it'll definitely be selling the new flagship, although it hasn't followed Phones 4U's posited date -- we're still waiting for official confirmation from Sony on launch dates for both of its new slabs.


LONDON, TUESDAY 8TH JANUARY, 2013: Phones 4u is pleased to announce that Sony's new flagship handset – the Sony Xperia™ Z – will be available in Phones 4u stores from 1st March 2013.
Boasting the world's sharpest, boldest and brightest display, the new Sony Xperia™ Z has been created by the engineers behind Sony BRAVIA® TVs. The new, precision-engineered Full HD superphone displays content in stunning Full 1080p HD detail on the large 5'' display, which also claims the highest pixel density of any smartphone. The OptiContrast™ panel guarantees crystal clear images when in use, as well as a seamless black finish when switched off.
The handset features a 13 megapixel fast-capture camera which switches from sleep to snap in under a second, as well as a next-generation Sony EXMOR RS sensor that ensures the Sony Xperia™ Z delivers stunning photos and videos in any light.
Sony Xperia™ Z customers will also benefit from additional impressive features, including:

In this article: android, ces2013, google, mobilepostcross, phones4u, sony, UK, xperiaz
All products recommended by Engadget are selected by our editorial team, independent of our parent company. Some of our stories include affiliate links. If you buy something through one of these links, we may earn an affiliate commission.