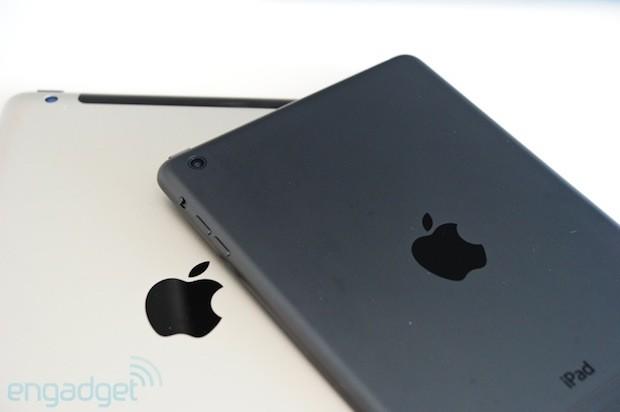 Our friends in China recently got official access to the iPhone 5, and it looks like Apple's ready to give the Far East's biggest market a taste of the cellular versions of it larger-screened mobile devices. That's right, folks, cellular versions of the iPad mini and the 4th-gen iPad will go on sale in China this Friday. To grab one, would-be owners must wait but few more days to make their purchase from either Apple's online store or through authorized brick-and-mortar retailers.

Update: This post originally stated that the iPad mini and 4th-gen iPad were late to China. Those models were released in early December. It's the cellular models that are shipping now.


BEIJING―January 15, 2013―Apple® today announced the Wi-Fi + Cellular versions of iPad® mini and the new fourth generation iPad with Retina® display will be available in China on Friday, January 18. iPad mini and the fourth generation iPad are currently available in more than 100 countries worldwide including the US, Australia, Canada, China, France, Germany, Japan and the UK.

In China, iPad mini and the fourth generation iPad will be available through Apple retail stores, the Apple Online Store (www.apple.com) and select Apple Authorized Resellers.

*Network speeds are dependent on carrier networks. Check with your carrier for details.
**Battery life depends on device settings, usage and other factors. Actual results vary.

In this article: apple, china, ipad, ipadmini, onsale, RetinaDisplay
All products recommended by Engadget are selected by our editorial team, independent of our parent company. Some of our stories include affiliate links. If you buy something through one of these links, we may earn an affiliate commission.