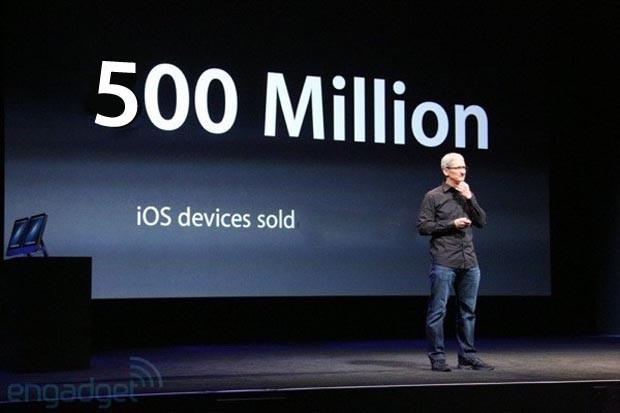 Last time Apple bragged about the number of iOS devices it's sold, the number was 400 million. On the company earnings call today, however, Tim Cook revealed that the number of iPhones, iPads and iPods sold has surpassed the half a billion mark. To be clear, that's over 500,000,000 devices, and it means that Apple's moved a hundred million devices total since June 2012. Of those, 75 million were moved in this quarter alone. Not bad, eh?

In this article: apple, ios, ipad, iphone, ipod, mobilepostcross, timcook
All products recommended by Engadget are selected by our editorial team, independent of our parent company. Some of our stories include affiliate links. If you buy something through one of these links, we may earn an affiliate commission.