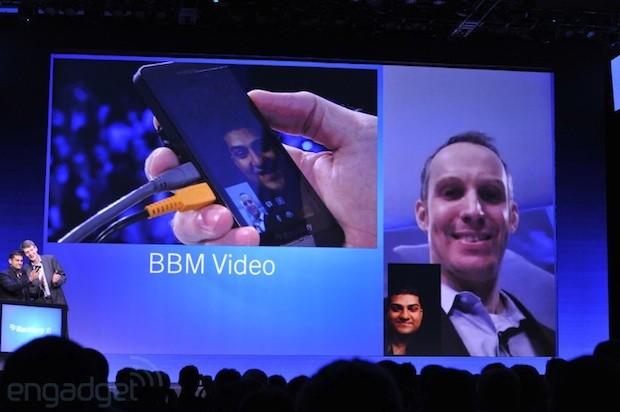 We'd had some indication that it was on tap, but RIM BlackBerry has today demonstrated BBM video calling in BB10 for the first time, as well as a new screen sharing feature. The video calling feature looks to be as straightforward as you'd expect, while the appropriately-named Screen Share will let you share a mirror of what's on your screen with the person you're chatting with -- it apparently won't let you hand over control of your device to them, though. Details on both features remain a bit light beyond that, but we'll hopefully have some hands-on time with them in the near future. 15
In this article: bb10, blackberry, blackberry10, rim, screenshare
All products recommended by Engadget are selected by our editorial team, independent of our parent company. Some of our stories include affiliate links. If you buy something through one of these links, we may earn an affiliate commission.