Blizzard Community Manager Daxxarri posted on the forums today regarding a Win-Trading bug.

Daxxarri
Providing an environment where players can compete in the spirit of fair play is extremely important to us, particularly in rated Player versus Player combat. As part of that commitment we regularly monitor gameplay, and have discovered an issue where some Rated Battleground teams have exploited the queuing system to obtain high team ratings and engage in win trading.

These, and all, exploitative activities are absolutely prohibited. We will investigate the situation carefully, and players that have been found to have participated in exploitation will be subject to the appropriate actions against their World of Warcraft accounts. In the meantime, we are currently working to resolve any remaining issues with the queue system to prevent this behavior in the future.

Punishments in the form of suspensions have already begun to appear, as well as rating resets for all players suspected of being involved in win-trading. As forum posters have been quick to point out, the trouble Blizzard's team faces is that many players have faced these win-trading teams, despite not actively engaging in win-trading themselves. This issue means that, apparently, some players are affected who never engaged in exploiting intentionally, but it can be difficult to be sure who is who. Nakatoir adds the following:

Nakatoir
After a thorough investigation and liaising with multiple departments, we can confirm that the recent wave of actions taken against Rated Battleground exploitation and win trading are indeed correct. The team of investigators have made sure to avoid any false positives and we will not be overturning any of the actions taken.
source

Encouragingly, several prominent PvP streamers who have actively participated in win-trading using this exploit have already received suspensions and been stripped of their ill-gotten rating. Time will tell whether the new PvP gearing system has any impact on this behavior, but it seems unlikely, given that, for many, rating and titles are incentive enough to exploit the system.

Mists of Pandaria is here! The level cap has been raised to 90, many players have returned to Azeroth, and pet battles are taking the world by storm. Keep an eye out for all of the latest news, and check out our comprehensive guide to Mists of Pandaria for everything you'll ever need to know.
In this article: arena, arena-tips, arenas, exploit, featured, rated-battleground-exploit, Rated-Battlegrounds, win-trading, wow-arena
All products recommended by Engadget are selected by our editorial team, independent of our parent company. Some of our stories include affiliate links. If you buy something through one of these links, we may earn an affiliate commission. 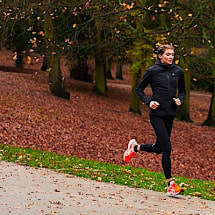