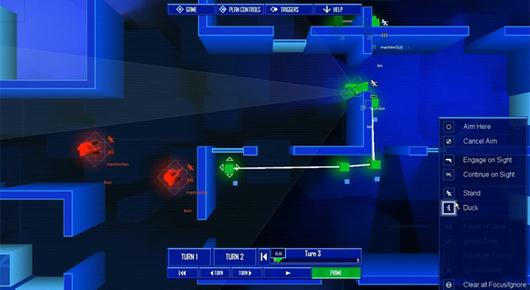 Mode 7's indie darling Frozen Synapse will be ported to PlayStation 3 and PlayStation Vita courtesy of developer Double Eleven, whose work you may recall from LittleBigPlanet Vita. The port, titled Frozen Synapse: Tactics, will be available for download on PSN sometime this year.

Frozen Synapse is a turn-based tactical game where players manage units of varying weaponry and skill sets in an attempt to defeat the enemy team's squad; however, unlike most turn-based games, all player actions in Frozen Synapse resolve simultaneously. Once each player sets all their moves, the game then plays it all out at the same time – an atypical yet incredibly original take on the tactics genre.
In this article: double-eleven, frozen-synapse, mode-7, mode-7-games, playstation, playstation-network, playstation-vita, ps3, psn, vita
All products recommended by Engadget are selected by our editorial team, independent of our parent company. Some of our stories include affiliate links. If you buy something through one of these links, we may earn an affiliate commission.