Disney+ confirms subscribers will get 'Mulan' on December 4th 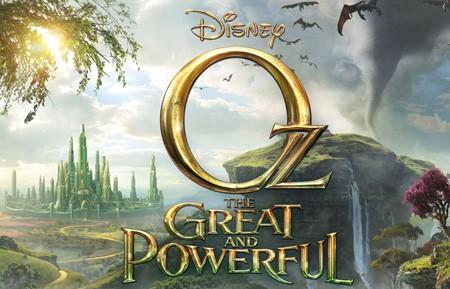 There's no place like home Twitter to let announcements slip before you're supposed to, because even if you delete a tweet, chances are good someone's already seen it. Such was the case when a Disney PR rep in France prematurely announced that the company is planning to release Temple Run: Oz the Great and Powerful on February 27, a tie-in with the Sam Raimi film set in L. Frank Baum's fantasy universe due in theaters March 8. The tweet was subsequently yanked, but not before being noticed by the sleuths at Superannuation.

We have to admit that the land of Oz would at least make a visually striking setting for a new offshoot of Temple Run, much like the Scottish Highlands from Pixar's Brave did for Temple Run: Brave -- another collaboration between Disney and Imangi -- released last year. Hopefully the new game will include enhancements and mechanics found in the recent Temple Run 2, with some Oz staples added for good measure. After all, running away from flying monkeys just makes sense.

In this article: disney, game, games, gaming, imangi studios, ImangiStudios, iOS, iPad, iPhone, iPod, temple run 2, TempleRun2
All products recommended by Engadget are selected by our editorial team, independent of our parent company. Some of our stories include affiliate links. If you buy something through one of these links, we may earn an affiliate commission.