Latest in Auto save

Drug trafficker gets 20 years thanks to emails he never sent

Reflow: A music composition and notation app for Mac and iOS with iCloud sync

This is the Modem World: Please fix two things

Lion's Auto Save vs. Save As 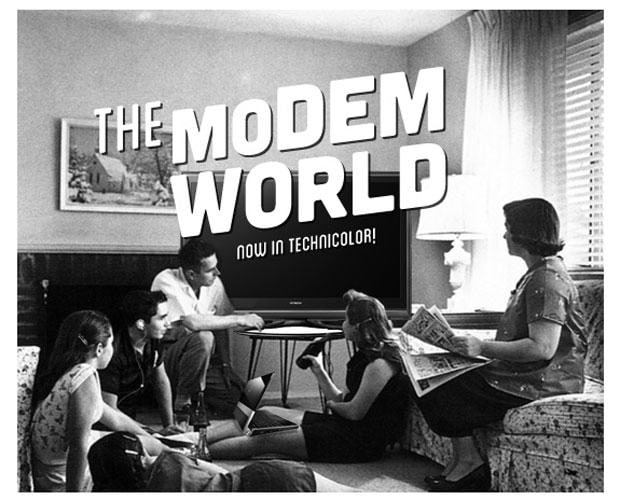 We can all agree that technology is pretty cool. It allows us to communicate with one another, entertain ourselves, meet new people, learn new things and even find love and health. We love to discover new technologies, see it do amazing things and get a glimpse of the future. We, the early adopters, are pioneers, beta testers and happy to be first in line. This is all good.

But despite our hammering, our pleas and our shouts from the tops of the greatest blogs we know, some bad things just don't change. When I say "bad things," I'm talking about two annoying little facts of technology that, in my opinion, don't need to be so painful. These are things we can and should fix.

Perhaps we're not heard loudly enough, or perhaps the technology isn't there to fix what we want, or maybe the manufacturers have better things to do. Whatever it is, let's list those things out here, perhaps so that some engineer or product designer will read this and think, "Why, yes... Yes. I should fix this."

A couple years ago, I was immersed in planetary exploration in Mass Effect. I was so immersed that I didn't stop what I was doing to tell the Xbox 360 to save my progress. I ended up at the end of a planet-mining run only to be the victim of an enemy's cheap shot. The screen went dark and I was placed back at the beginning of the level. I turned the game off and haven't returned since.

Let me simply ask this: Is there ever a situation in which someone would not want to save his progress all the time? As a writer, I grew used to hitting Command-S every few minutes, so that muscle memory is there, but nowadays the better word processors save your progress -- in several iterations -- every few minutes.

There's no excuse for software that doesn't do that at this point. Back in the day, you had to tell the computer to save because it didn't know you had a disk in a drive or maybe you wanted to choose a different volume on which to save. But that's not true anymore. We're saving to solid-state drives, huge hard drives and now the cloud. It's time developers get with this fact.

Just a few months ago, Apple switched over to a smaller Lightning cable from its ubiquitous 30-pin connector. The net result is that tons of users are in pain from the transition. In my house, I have 30-pin connectors everywhere, but I only have one Lightning cable. Sure, I can buy more from Apple for $20, but that's a bit of an insult.

So now I'll spend the next six months or so switching from 30-pin to Lightning. I have 30-pin connectors in my car, next to my bed, in the kitchen, hanging from my computer's USB ports and in the living room. This is no small investment, and now I get to do it all over again.

A few years ago -- and perhaps this was my fault for being an early adopter -- I had to slowly move from an entire home theater packed full of expensive DVI, component and Toslink cables to one lined with equally expensive HDMI cables. Sure, the net result is fewer cables, but is my viewing experience any better? Not so much. In the end, I felt bullied into the new cable technology.

While I understand that technology must move forward, manufacturers should offer pain-free conversion paths. In this case, Apple should have included more than one cable and even an adapter or two as a show of good faith, at least for the first year of the product launch. Instead, we're forced to buy cables and adapters at $20 a pop.

One last complaint about cables: The cost. Seriously, guys? Was your R&D and material outlay that expensive that a single cable should cost $20, $30, even $99? Are you banking on consumers not knowing any better, or do you actually believe that your cable results in the fastest, clearest audio ever? Perhaps if you priced them just a bit more reasonably -- no one's asking for anything free here, and go ahead and offer a premium titanium-plated version for the suckers -- the upgrade path wouldn't be so painful.

In this article: auto save, AutoSave, cables, cloud, column, connectors, joshuafruhlinger, modemworld, the modem world, TheModemWorld
All products recommended by Engadget are selected by our editorial team, independent of our parent company. Some of our stories include affiliate links. If you buy something through one of these links, we may earn an affiliate commission.