President Obama's doing an AMA on Reddit today, invites the people to pose their digital questions 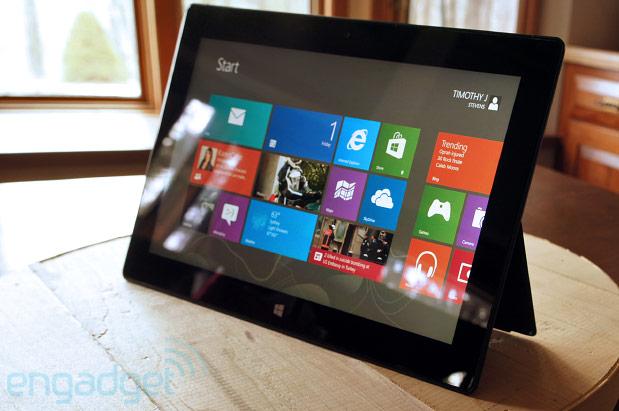 Now that the Surface Pro is a fait accompli, there's more than a few questions circulating from prospective buyers. The project's Panos Panay and his team have stepped up to answer them on Reddit, and they've shed some light on just about everything, including later plans. The Pro-specific connectors at the bottom? They're for "future peripherals" that may require more power than the pogo pins do. The short battery life and limited free storage were also purposeful (if difficult) choices, Microsoft says. The company wanted to maximize performance while keeping the tablet reasonably slim, so it couldn't rely on a big battery; it included the space-chewing recovery partition as it wanted to offer the "confidence" of a failsafe rather than leave customers to fend for themselves. While the answers won't appease everyone, they at least put the design decisions in context. Hit the source link to sate your curiosity in full, or at least as far as an Ask Me Anything session allows.

In this article: askmeanything, microsoft, panospanay, pc, surfacepro, tablet, windows, windows8
All products recommended by Engadget are selected by our editorial team, independent of our parent company. Some of our stories include affiliate links. If you buy something through one of these links, we may earn an affiliate commission.