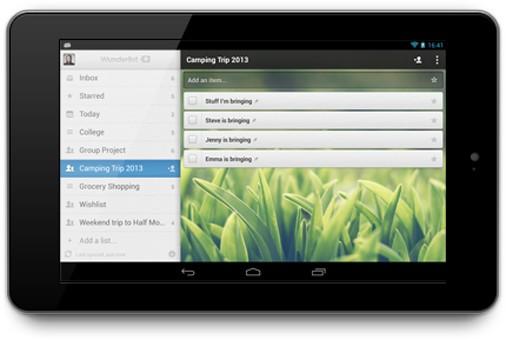 How quickly they grow up: 6Wunderkinder's near-ubiquitous Wunderlist 2 only just reached native app status as 2012 wound to a close, and it's already being optimized for Android tablets. The task management app should now offer its to-do lists and reminders on Google-powered slates of any size, with new layouts and artwork just for the bigger screen. Every Android user gets a handful of meaningful upgrades in the process, including list sharing between apps, the ability to save links and test as well as automatic syncing. Android fans wanting to get things done can hit the Google Play link to get the new version today, but they won't be the only ones getting the larger experience -- the developer is teasing an iPad equivalent in the near future.

In this article: android, app, ipad, Reminder, tablet, TaskManagement, to-do, wunderlist, wunderlist2
All products recommended by Engadget are selected by our editorial team, independent of our parent company. Some of our stories include affiliate links. If you buy something through one of these links, we may earn an affiliate commission.