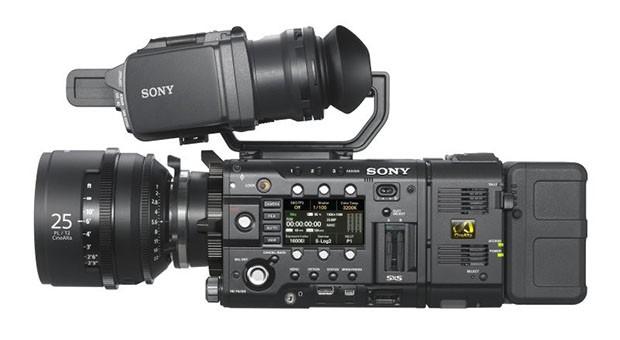 We reported that Sony was going "Red hunting" with it's new F-series pro camcorders, but it looks like Red has flipped that scenario. It's suing Sony for allegedly violating two of its patents -- asking for an injunction to stop sales plus an award for damages, and even that that the F5, F55 and F65 models in question be "delivered up and destroyed." The Hobbit camera-maker claims the video cams have "resulted in lost sales, reduced the business and profit of Red, and greatly injured the general reputation of Red." The patents involve Red's implementation of RAW video, but no details were given as to how it thinks those processes were infringed. Anyway, you can now add high-end video cameras to the growing playbill of patent follies.

Update: Red leader Jim Jannard has issued a statement on Reduser as to why the company felt it needed to sue Sony.


We have taken a bit of flak for filing a lawsuit against Sony Electronics.
#1. Sony stepped up and finally supported 4K from cameras to displays. That is helping to cement 4K as the real cinema standard. Good. We actually have a Sony 4K 84" display and Sony 4K projector at RSH for reference.
But...
#2. We are heavily invested in concepts, inventions, designs, development and manufacturing of RED cameras, REDRAY and the RED Projector. Each is unique and has motivated the industry to get better, for the benefit of all. We don't mind others joining the 4K revolution... quite the contrary, we embrace it. What we don't accept is others just borrowing our technology, intentionally or unintentionally. We admire invention and happily pay for and license great technology from other companies when it is useful to our program.
#3. We have created many jobs in the US leveraging our vision and technology and we will aggressively protect our employees. Every single job matters. It is a magic trick to build a camera in the US, especially at the highest level. This cannot be done if others are allowed to just take what we have done and use our work as their own.
#4. Our customers have invested in our technology. They need to be protected and their investment needs to be protected. We have an obligation to our customers so they will not have their investment diluted by a proliferation of the proprietary technology they invested in.
We don't mean to be heavy handed. We saw 4K as the future standard in 2005. We have endured comments that "RED was a scam". "1080P was good enough." "What does a sunglass guy know about cameras?"... as well as others I would never publish.
Patents are here for a reason. They protect IP. Receiving a patent now means that you have an obligation to protect it... or they have absolutely no value whatsoever.
We are anxious to resolve this and have everyone move along. But in the end... our ideas, employees and customers matter. We will tenaciously protect all of them.

In this article: F5, F55, F65, hdpostcross, lawsuit, patent, Red, RedDigitalCinema, sony, suing
All products recommended by Engadget are selected by our editorial team, independent of our parent company. Some of our stories include affiliate links. If you buy something through one of these links, we may earn an affiliate commission.