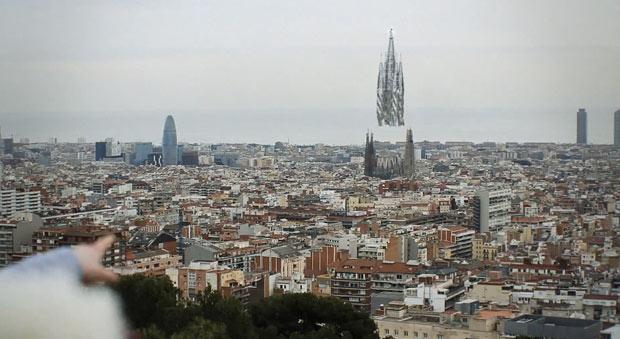 MWC hype is in full swing, and ASUS has just released the coolest teaser we've seen so far. It depicts a shiny spaceship landing on the Sagrada Família in Barcelona (Spain), shot from the perspective of baffled onlookers. We're just as perplexed, and have only got the phrases "ultimate craftsmanship" and "the metallic miracle" to dwell on. Will we see some form of chromed-out device later this month, or is ASUS planning world domination with some extraterrestrial allies? Let's hope it's the former, but we'll just have to hide wait and see. Check the 30-second teaser vid below -- Will Smith's on standby.

In this article: alieninvasion, asus, mwc2013, teaser, video
All products recommended by Engadget are selected by our editorial team, independent of our parent company. Some of our stories include affiliate links. If you buy something through one of these links, we may earn an affiliate commission.