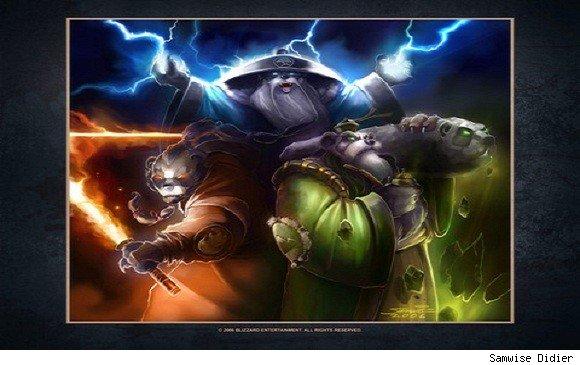 In my last column, I explored how monks (well, windwalkers and mistweavers) are dramatically changing in terms of PvP. This week, we'll take a spec-by-spec look at what you can expect to change for PvE content, and draw some tentative conclusions as to what abilities and stats you'll be using and not using. Keep in mind that this is still PTR content, so things change on a day-by-day basis; a hotfix tomorrow might invalidate every conclusion I make today.

Changes for all specs

When you first log in for patch 5.2, take a look at your healing talents. All of them have been redesigned from the "uses chi and no-cooldown" model to "free with cooldown" model, so the only cost to using your self-heals now is one global cooldown. The actual strength of the heals are still being tweaked, but given this new model, I expect Brewmasters to continue to go for Chi Wave; Chi Burst to be decent for Mistweavers needing to raid heal; and Windwalkers to go "meh," since they'll want the GCD's for damaging abilities. Zen Sphere is interesting, but it took a massive nerf (62%) which makes it not very desirable at first glance.

Second, take a look at the level 60 tier of talents. Remember how good Leg Sweep was? Well, it's still that good, but the other options have been buffed as well to give you a little more of a choice. Deadly Reach's effect has been permanently added into Paralysis, and a new talent has been added; Ring of Peace. RoP has a 45 second cooldown, is cast on any friendly player (though you'll use it on the tank, mostly) and causes all enemies within 8 yards to be disarmed for 8 seconds and silenced for 3. There's a pretty good tradeoff here with Leg Sweep; you either get 8 seconds of reduced damage and 3 seconds of no casting, or 5 seconds of no damage/casting at all on a slightly longer cooldown. Last but not least, Charging Ox Wave's cooldown was dropped to 30 seconds. The ability stil has the same pluses and minuses; good for a quick ranged stun/interrupt, tough to aim in a pinch. In general, I think either RoP or Leg Sweep will still be your go-to talents for AoE damage reduction.

Brewmasters are already pretty well off, so their changes are the least extensive of the three specs. About the only thing you need to do is put Nimble Brew on your bars. This new CC-clearing ability is designed for PvP, but has situational use in PvE, so keep it in mind for encounters that might stun, root, or fear you. Other than that and using your healing talent/CC talent of choice, things stay mostly the same.

"But what about mastery?" you ask. Yes, mastery's effectiveness was increased by 25% for 5.2. However, I'm still not a fan of stacking mastery for brewmasters; gaining additional stagger means you have to purify more to get any damage reduction, which sucks away chi from shuffle uptime. It has its place for undergeared tanks pushing progression, but as a general rule, you'll want to stick to hit/expertise capping, then focus on haste/crit for more Gift of the Ox/Elusive Brew procs.

The ability works like this: when you use it, a clone of you appears and attacks the current target. While the clone is out, you do 60% of your normal damage, but your clone does the same damage to its target, for a total of 120% damage. For three-target fights, you can summon a second clone, and all three of you do 45% damage for a total of 135% damage. Your clones will autoattack, and mirror all your rotational abilities (no talents). Before you ask, yes, the obvious loophole is closed; if you and a clone are on the same target, it stops mirroring attacks, making it a DPS loss to use it in non-multitarget situations. Theorycrafting is still ongoing on the best way to put this to use, but for now, expect to use this anytime you have multiple targets.

Happily, you'll also have a lot more freedom with stat weights. The old mastery, Combo Breaker, has been turned into a passive ability with a fixed proc rate, and a new mastery, Bottled Fury, has been added. This mastery buffs our on-use damage cooldown, Tigereye Brew, significantly.

This fixes two problems at once. First, it allows you to stack as much haste as you want. Previously, most windwalkers were having to cap their haste around 4000 in order to get the full use out of Energizing Brew; with significantly fewer "free" Palms and Kicks, we won't have to worry about that anymore. Second, it makes mastery much better. While haste is likely still the go-to stat, mastery will no longer be shunned. Finally, windwalkers now get a much stronger on-demand burst ability. Of course, you'll still want to use it on cooldown in a general sense, but for fights with burst phases, you can stack mastery and time it to buff DPS during critical periods. Combined with the new 5.2 trinket, Rune of Re-Origination, you could see some extremely massive burst.

Honestly, mistweavers are the hardest spec for me to figure out where the designers are going. They came out of the gate too strong for raid healing, which was addressed by significant mana-cost nerfs in 5.1. However, the designers still felt the mistweaver abilities were too rotational, especially Jab. Since Jab was the cheapest way to generate guaranteed chi, a common mistweaver rotation was Jab-Jab-Uplift (with Renewing Mist on cooldown) to push out solid raid heals. Now, that tactic is being addressed with a large Jab mana cost increase.

This will make us mistweaver only use jab in combo with TP or we will loss so much mana.

Yes. To oversimplify, we don't want Jab, Jab, Uplift, nor do we want Soothe, Soothe, Tiger Palm. We want Fistweaving to provide significant damage and healing, but both should be less than an actual DPS spec or a traditional healer (again Atonement is the model). Fistweaving will be awesome for some situations, but we want it to be a compromise, otherwise, you'd want monks for all your healers, since you get all this bonus DPS on the side for no healing cost. In order to deliver on this, we have to make it harder to cherry pick some Fistweaving abilities and some Mistweaving abilities.

The reason Jab Jab Uplift ultimately came to be was because of it's reliability. Part of it was mana efficiency, but most of it comes down to it's the only on-gcd guaranteed chi generation.

We don't really have a problem if you use Jab Jab Uplift infrequently when you absolutely feel like you need chi. But it's going to be expensive to do so. We ask healers to make decisions about efficiency versus throughput all the time. When it feels too expensive though, switch to Jab Jab Tiger Palm or just swap to actual heals.

source
Unfortunately, this leaves mistweavers in a bit of a pickle, as generating chi consistently will now be quite expensive. For fights that demand a significant amount of AoE healing in a short amount of time, monks are going to run dry much quicker than before, as Uplift is the only consistent high-HPS raid healing tool we have, and you need lots of chi to power it. There's been discussion of Soothing Mist receiving a buff to make it a better chi generator; we'll have to wait to see how those numbers actually shake out.

On the flipside, fistweaving itself should be significantly stronger. A new buff was added that procs after each Jab and Spinning Crane Kick, Muscle Memory, which causes Tiger Palm and Blackout Kick to do 2.5x more damage and restore 4% mana. Tiger Palm was also doubled in strength and restores 1% mana baseline, and Blackout Kick now cleaves to 4 additional targets (for 50% damage), though Eminence and Serpent's Zeal were halved to compensate. In summary, when fistweaving, you'll do quite a bit more damage, and either have a cheap combo that costs very mana and heals for a little (Jab->TP) or an expensive combo that heals for a lot, especially in AoE situations (Jab->Jab->BK).

There's also one wildcard; mistweaver healing spheres now automatically smart heal a target for 50% if they expire without being picked up. This definitely makes the mistweaver mastery more interesting, but I generally fear that most of the healing will go to overheals, not actual effective healing. Overall, it feels like mistweavers are gaining a small amount of healing throughput but losing a significant amount of healing control, and I'm not sure that's a positive direction to take the spec.

In this article: brewmaster, brewmaster-monk, mistweaver, mistweaver-monk, monk, monk-patch-5.2, windwalker, windwalker-monk
All products recommended by Engadget are selected by our editorial team, independent of our parent company. Some of our stories include affiliate links. If you buy something through one of these links, we may earn an affiliate commission.