We've heard (and seen) a fair bit about LG's L-series sequels, but nothing beats seeing them in the flesh, right? Both the 4.3-inch L7II and the smaller (4-inch) L5II were on show here at LG's media event, and while we might have been more easily distracted by more powerful relatives, it looks like LG's middleweight smartphone series has its fans.

As expected from the company's Style line, there's been some design changes, alongside a power increase to dual-core processors on the bigger L7II -- the L5II arrives with a single-core 1GHz processor. Cosmetic changes include a textured backing and, well, you'll have to skip after the break to hear about the other improvements, but be reassured that they're backed up by Android 4.1 and dual-SIM iterations -- although those don't look quite as good. After the gallery, we've got more first impressions and you can check out our hands-on videos too. 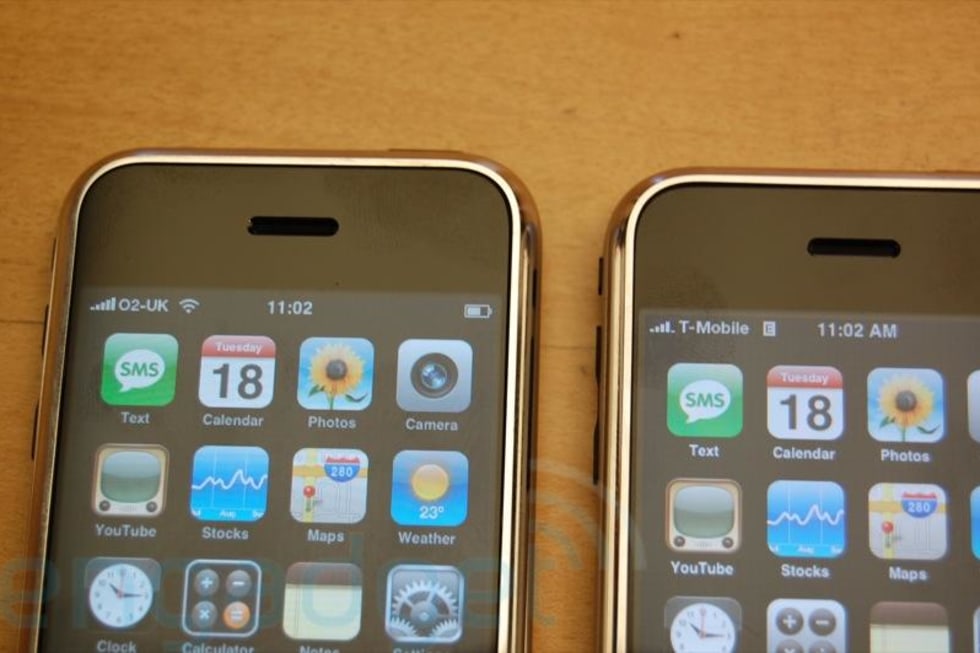 Back to the L7II's hardware, and you'll be picking up some decidedly mid-range components, with 4GB of internal storage, microSD expansion, 768MB of RAM and a WVGA (800×480) IPS screen. The 4.3-inch screen doesn't compare to the pricier models, so it looks like LG will likely price both phones lower than the likes of the Optimus F series and Optimus G family. Admittedly, neither of these style models hold a candle to the company's halo devices, but that's not the point.

Outside of cold, hard specifications, both the L7II and the L5II house a new LED light bar around the physical home button. There's a rainbow effect, plus a green glow for notifications and red when your battery hasn't got much left. It reminds us of the contextual light bar found on the Xperia U.

LG has added laser-cut contours to the edges, making the phones feel more premium, more considered than last year's series. Camera-wise, the L7II augments last year's 5-megapixel sensor to eight megapixels, paired with a front-facing VGA camera. We nabbed a handful of images as we played with the phone, and (well, at least on the so-so resolution of the L7II's screen) they looked on par with the likes of the shooter found on the Optimus 4X HD that we saw last year.

The L5II takes 5-megapixel stills but it's, by and large, the same design as the L7II with a lesser spec sheet. LG hasn't announced any pricing or release dates for the US or western Europe just yet, although the L7II is already available to the east -- the dual-SIM version launched in Russia earlier this month. We're hoping that the pricing reflects that these phones might not pack the same punch as LG's other new handsets.

In this article: breaking news, hands-on, L5II, L7II, lg, mobilepostcross, mwc2013, OptimusL, OptimusL5II, OptimusL7II
All products recommended by Engadget are selected by our editorial team, independent of our parent company. Some of our stories include affiliate links. If you buy something through one of these links, we may earn an affiliate commission.