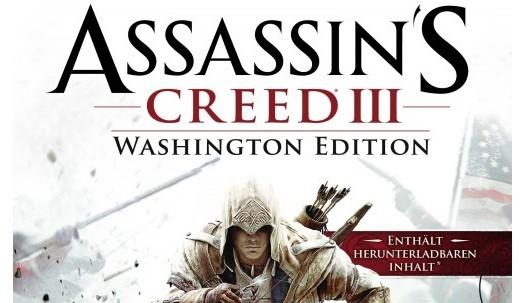 A few German websites spotted an Assassin's Creed 3: Washington Edition lurking in a digital hay pile. If legitimate, it'll be a bundle that includes all of the DLC launched so far, along with the game itself, due out on March 28 for PC, PS3 and Xbox 360.

The German listings put Assassin's Creed 3: Washington Edition out in Europe on March 28 for Xbox 360, PS3 and PC, for €70 for consoles and €55 for PC. Though the complete Tyranny DLC won't be out by March 28, the Assassin's Creed Season Pass unlocks those installments as they drop.

Ubisoft had no comment regarding a potential US launch for the Washington Edition. Previously, the Assassin's Creed Anthology launched in Europe, the Middle East and Africa, and skipped North America.

In this article: assassins-creed-3, assassins-creed-3-washington-edition, german, germany, microsoft, pc, playstation, ps3, xbox
All products recommended by Engadget are selected by our editorial team, independent of our parent company. Some of our stories include affiliate links. If you buy something through one of these links, we may earn an affiliate commission.