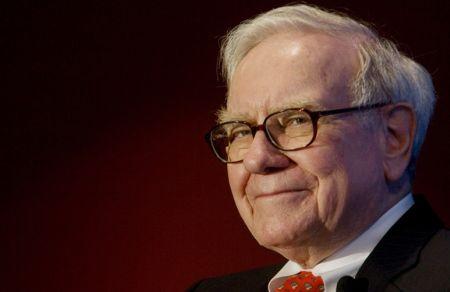 Warren Buffet was on CNBC yesterday, and the famous investor had some opinions about Apple, its stock price and the enormous pile of cash it's sitting on lately. His basic thoughts, not surprisingly, were just for Apple to keep making money. "The best thing you can do with a business is run it well," said Buffett, "and the shares will respond." Apple recently had a big investor try and sue them to get dividends from the company's cash back to the shareholders, but that lawsuit failed, and Buffett says he wouldn't have worried about it. "I would ignore him," Buffett said of the investor David Einhorn. "I would run the business in such a manner as to create the most value over the next five to 10 years."

Which makes sense -- while stockholders might not be happy about not getting paid cash right now, no one will argue with an extremely valuable business that grows even more valuable in the future. Buffett also shared a story of Steve Jobs calling him when Apple made a little extra cash, and Buffett advised him to get some of the stock back. "When Steve called me, I said, 'Is your stock cheap?' He said, 'Yes.' I said, 'Do you have more cash than you need?' He said, 'A little.' [laughs] I said, 'Then buy back your stock.' He didn't," Buffett remembers.

And Buffett finished his story with a wise bit of advice for Tim Cook, Apple and really any investor out there: "If you could buy dollar bills for 80 cents, it's a very good thing to do." Obviously, Apple is working hard on R&D spending, and the company could go through its vast cash reserves very quickly if that's indeed what it wanted to do. But instead, the strategy should probably be to keep making the company even more valuable, because both Apple and its shareholders will benefit if that happens.

In this article: apple, cash, david einhorn, DavidEinhorn, investment, iOS, iPhone, money, price, stocks, tim cook, tim-cook, TimCook, value, warren-buffett
All products recommended by Engadget are selected by our editorial team, independent of our parent company. Some of our stories include affiliate links. If you buy something through one of these links, we may earn an affiliate commission.