T-Mobile will launch a TV service in 2018 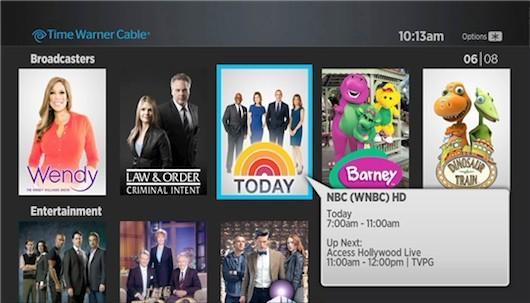 Time Warner Cable has already brought live TV streaming to iOS, Android and PCs, and now it's finally released its TWC TV service on a device for your TV. Now available on newer Roku players (and, we presume, whatever hardware is coming next), it brings up to 300 channels to subscriber's set-top boxes via the internet. Hit the link below to add the channel to your box -- assuming you have Time Warner cable + internet and your Roku is located in the house where you have service, of course. We've seen demos of the software on Samsung and Panasonic connected TV platforms before, and the Xbox 360 features similar access from a number of providers, so take that into account when guessing which one may be next up.

In this article: cabletv, hdpostcross, iptv, roku, timewarnercable, twctv
All products recommended by Engadget are selected by our editorial team, independent of our parent company. Some of our stories include affiliate links. If you buy something through one of these links, we may earn an affiliate commission.