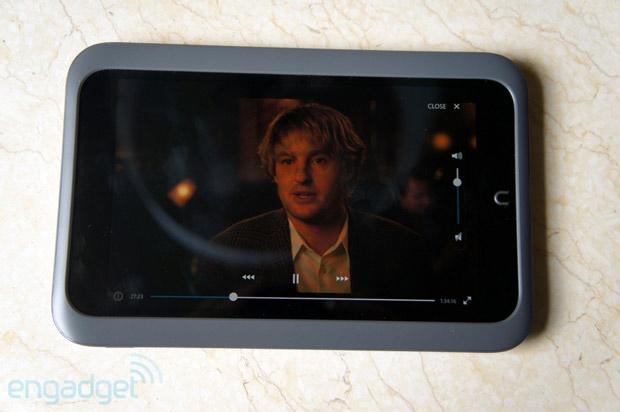 Barnes and Noble has just dealt up some good news for movie-loving owners of its Nook HD and HD+ slates, with the announcement of new licensing agreements with a host of studios. Lionsgate, MGM, Paramount, Relativity Media as well as National Geographic, Little Pim and Film Buff are all part of the new wave of additions to the Nook Video line-up. This means titles such as The Hunger Games, Mad Men, and the Twilight Movies will be available for rent or purchase starting today. Little Pim provides foreign language learning for kids, so there's something to expand the minds of the little ones too. This, combined with that UltraViolet integration and the odd item at the FCC suggests that Barnes & Noble is taking its media content offering more seriously than ever. We're certainly not complaining.

"We are very excited to begin transactional distribution of our films on NOOK. This furthers our goal of reaching the widest possible audience using all available technologies"
Offering instant access to a wealth of digital entertainment, NOOK Video lets customers shop a vast collection of new releases, blockbuster titles, popular television shows, favorite classics and more, available for streaming or download. NOOK's newly announced content agreements will bring thousands of additional movies and TV shows for all ages and interests to the NOOK Video catalog, including the blockbuster films The Hunger Games, the Twilight movies, Tyler Perry's Madea Gets a Job, Skyfall, Rocky, Fargo, Flight, Paranormal Activity 4, Act of Valor, Safe Haven, House at the End of the Street; independent films from Film Buff's catalog including Charles Swan and Exit from the Gift Shop; and TV shows like Mad Men, Border Wars, Great Migrations, Amazing Planet; as well as educational content via Little Pim, the leading foreign language learning program for young children, plus many more.

"With the addition of these industry-leading studio partners, NOOK Video continues to expand its already robust offering, providing customers with an even wider selection of their favorite movies and TV shows," said Jonathan Shar, Vice President & General Manager, Emerging Digital Content, NOOK Media LLC. "Combined with NOOK's seamless UltraViolet™ integration, we are offering customers one of the most dynamic and accessible movie and TV show stores available."

"NOOK is one of a growing spectrum of new digital buyers for our film and TV content and illustrates the breadth and depth of opportunities for monetizing our content across a broad array of platforms," said Thomas Hughes, Lionsgate Senior VP Digital/On Demand. "We look forward to an exciting and productive partnership with NOOK."

"We are very excited to begin transactional distribution of our films on NOOK. This furthers our goal of reaching the widest possible audience using all available technologies," added Relativity's David Spiegelman, President, Domestic Television & Digital Distribution.

NOOK HD and NOOK HD+ offer everything that customers want in a tablet, with millions of books, apps, movies, TV shows, magazines and more available in the expansive NOOK Store of more than 3 million titles. These new 7-and 9-inch tablets are lightweight, but packed with pixels to deliver text, graphics and video with stunning HD clarity so every book, magazine, movie and app looks better than ever before. Add new family-friendly features like NOOK Profiles™, a personalized experience that instantly transforms the device in hand to any family member's very own tablet, and you have the very best reading and entertainment tablets for the whole family to share.

NOOK also brings unmatched convenience and portability to customers' digital video collections. As the first UltraViolet-enabled tablets, NOOK HD and NOOK HD+ seamlessly integrate a customer's UltraViolet digital video collection across their devices right out of the box. Customers can easily link their UltraViolet accounts to the NOOK Cloud™, allowing them to view their previously and newly purchased UltraViolet-enabled movies and TV shows across NOOK HD and NOOK HD+ devices. In addition to purchasing movies and TV shows via NOOK Video, customers can shop for DVDs and Blu-ray Discs™ with the UltraViolet logo in Barnes & Noble and other retail stores, add them to their digital collection, and instantly watch compatible titles from the NOOK Cloud™ to enjoy wherever they go and however they choose.

In this article: barnes and noble, BarnesAndNoble, hd, hdpostcross, license, mgm, nook, nook hd plus, NookHdPlus, studio
All products recommended by Engadget are selected by our editorial team, independent of our parent company. Some of our stories include affiliate links. If you buy something through one of these links, we may earn an affiliate commission.