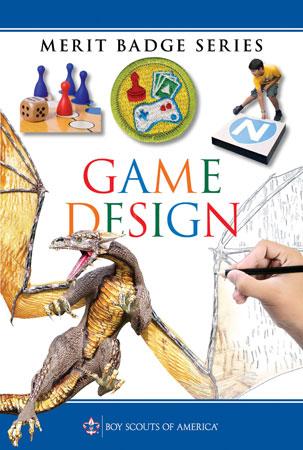 Obvious truths: Boys love videogames. Videogames are fun. Earning awards for loving videogames and wanting to make them is ridiculous and pretty darn sweet. It's also now entirely possible if you're a Boy Scout (Cub Scouts have enjoyed this privilege for some time now). The organization that made khakis, neckerchiefs and canteens fashionable has now officially added Game Design to its array of merit badges. The new badge, devised in conjunction with several industry members and enthusiasts, requires young scouts to conceive, test and build a game prototype using such traditional methods as cards, die or a smartphone app. Yes, you read that right. Incredibly ambitious model-citizens-in-the-making can put all their 21st century knowledge and native digital know-how together to build a mobile gaming app to help them climb the ladder to Eagle Scout status. It's definitely a modern step for the century-old youth group. We just wish the "reward" were a little more substantial than a cloth cut-out.

DALLAS, March 7, 2013 /PRNewswire/ -- Games are an important element in every culture around the globe. Simple games give structure to children's playtime and help enforce basic social skills like courtesy, sharing, and taking turns, and more intricate games can help children hone their logic, strategy, and even mathematics skills. Through Game Design, its newest merit badge, the Boy Scouts of America is opening the door for Scouts to put their creativity to the test. BSA representatives will introduce the new title at the SXSW Gaming Expo in Austin, Texas-a three-day event that provides gamers and game designers alike an opportunity to interact and learn from one another.

Whether it's soccer, a family night board game, or a handheld electronic device-playing challenges us to overcome long odds, tell compelling stories, and work with or against one another. Games motivate both young and old to find creative solutions, practice new skills, and keep their brains active. Scouts who work on the Game Design merit badge will likely look at the games they play differently and with a new level of appreciation. To earn this merit badge, a Scout is required to analyze different types of games; describe play value, content, and theme; and understand the significance of intellectual property as it relates to the game industry.

Over a two-year period, volunteers from the game industry and game enthusiasts across the country created and tested the merit badge requirements and accompanying pamphlet text to ensure the merit badge pamphlet held the young person's interest, was challenging and fun, and required minimal out-of-pocket expense to complete.

The Scout puts his newfound knowledge to use by designing a game and creating a design notebook for this project. In his notebook, the Scout must demonstrate an initial concept, multiple design iterations based on initial testing, and feedback from blind testing. Once his concept is approved, the Scout can begin to build a prototype of his game. Testing of a Scout's game can be done at Scouting functions such as camp outings. For his game design, he can choose from a wide range of media, from cards to boards, dice, and even designing a smartphone application.

Egyptian hieroglyphs dating to 5200 B.C. depict a rock-throwing game that we now know as what?
These randomizing tools were first made of sheep knuckle bones. What are they?
What horse riding game did the Persians developed to train their cavalry?
The Scottish parliament banned this game to keep troops from getting distracted during archery practice. What is it?
The first known American reference to what many recognize as our national pastime baseball happened in what year?
This sport was developed in 1891 to provide indoor physical activity for the boys in a teacher's gym class. What is it?
What 19th century novel first described Charades, the party game of acting and guessing?
The Landlord's Game of the early 1900s is now known as what?
This table tennis simulation was originally meant to be a training project for a new engineer at Atari. What is it?
The first iconic video game character was also the highest-earning arcade game in history. What is it?
With more than a billion downloads, this puzzle game has redefined the way people interact with phones and other mobile electronic devices. What is it?

In this article: BoyScouts, meritbadge, smartphoneapp, videogames
All products recommended by Engadget are selected by our editorial team, independent of our parent company. Some of our stories include affiliate links. If you buy something through one of these links, we may earn an affiliate commission.