NYC MTA to install 90 futuristic touchscreen kiosks across the subway 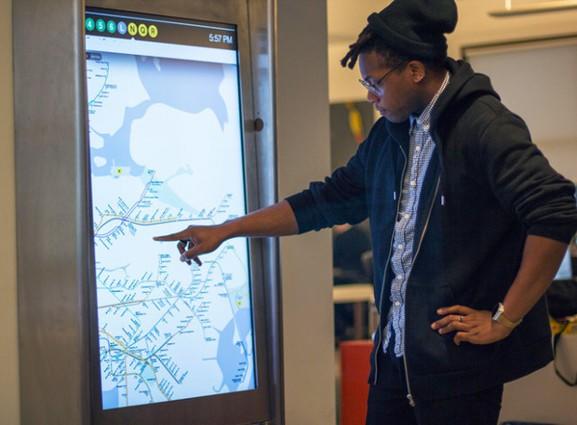 Replacing those unused telephones that still dot the streets of NYC with high-tech kiosks is just the start. Control Group, one of the companies looking to Reinvent Payphones, has been hired by the MTA to bring its touchscreen and app-driven vision to the New York City Subway system. All told, 90 of 47-inch panels will be installed in stops from Grand Central to Bedford primarily near booths, but also on the platforms themselves. At least initially the rugged displays will primarily be used to feed information about delays and outages and, of course, serve up ads. Eventually, the stainless steel-encased kiosk will be able to run apps approved by the MTA, but the star of the show will be the navigation system that offers a mastery of New York public transportation that Google could only dream of. Sadly there's no concrete timeline for the rollout, we'll just have to keep an eye on the platform. There's one more image waiting after the break for the truly curious.

In this article: controlgroup, kiosk, MTA, NYC, subway
All products recommended by Engadget are selected by our editorial team, independent of our parent company. Some of our stories include affiliate links. If you buy something through one of these links, we may earn an affiliate commission.