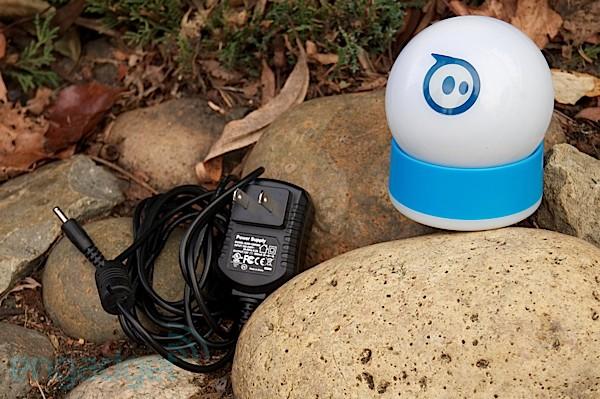 Even the appeal of piloting a remote control toy ball around your carpet tends to wear off after a while. As such, Orbotix has been pushing the augmented reality aspect of its Sphero hardware pretty hard for the past several months. Now the company is announcing the availability of a new AR SDK through Github, as well as a Unity-based plug-in that lets developers build games around existing 3D models. The latter was created for iOS, with an Android version coming shortly. The company's also announcing an "App Bounty" program, promising the gift of funds to developers who build genre apps that hit on "pre-determined requirements" from the company. Roll on past the break for more info on all of the above.

Orbotix, the masterminds behind Sphero, the first robotic ball and gaming system controlled by smartphones and tablets, today announced new ways for developers to tap the potential of Sphero and offer even more mind-blowing ways for consumers to enjoy the gaming system using their augmented reality technology.

Along with a new Sphero Augmented Reality SDK available today on Github, Orbotix has created a new Sphero Augmented Reality plug-in for Unity, a flexible development platform used to make intelligent, interactive 3D and 2D content. Now, developers can simply insert their 3D models and create games around them – all using Sphero as the moving fiducial. The plug-in provides vision detection by automatically coordinating the camera and ball position, distance, orientation and more. The plug-in forms a bridge between Unity and Sphero's native Android and iOS SDKs. Designed for iOS, with an update that will include Android coming soon, this is the first Unity plug-in that allows developers to create augmented reality apps for physical devices.

"Until now, there hasn't been a simple way for developers to experiment in augmented reality, especially for gameplay," said Adam Wilson, co-founder and chief software architect of Orbotix. "We're constantly looking for ways to break the boundaries and redefine gaming. By making Sphero easily accessible on virtually all development platforms, we hope to inspire a new class of creative game developers and designers to build games that truly merge the physical and virtual worlds."

"Right now is the perfect time for augmented reality to gain new momentum because hardware finally has the needed sophistication of built-in cameras," said Orbotix Co-founder and Chief Technology Officer Ian Bernstein. "Interest from developers and companies in augmented reality is growing, and we're excited to make this technology more attainable for everyone."
To further incentivize developers, Orbotix announced a new Sphero App Bounty program. Developers are invited to create new apps for Sphero within selected genres. A complete list can be found on the Sphero Developer site at http://developer.gosphero.com/bounties. "If the app meets the pre-determined requirements, the developer gets paid. Simple as that," said Ross Ingram, head of developer relations for Orbotix. "It's a fun way for developers to build cool games."