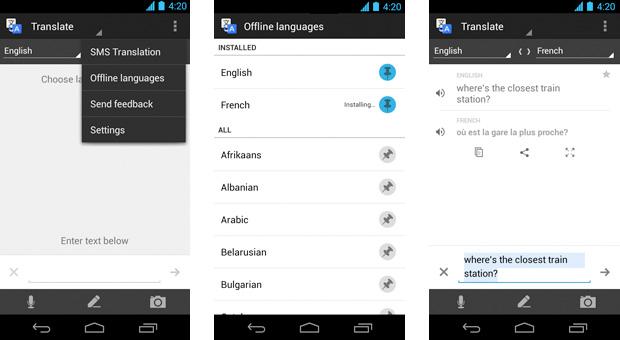 Travelers face a dilemma: they'll often leave a phone in airplane mode to avoid expensive roaming rates or a foreign SIM, but staying offline can break the translation services that might prove vital in a strange land. Google must have heard their plight, as a new version of Google Translate on Android adds the option to download offline packs for 50 different languages. They aren't as full-featured as their cloud-based equivalents, although there's good reason for the trimmed dictionaries -- at least some packs are over 150MB each. Unless space is just too tight, however, anyone with at least Android 2.3 can ask dónde el baño es without risking some bill shock.

In this article: android, app, google, googletranslate, language, minipost, mobilepostcross, mobilepostmini, offline, smartphone, translation, travel
All products recommended by Engadget are selected by our editorial team, independent of our parent company. Some of our stories include affiliate links. If you buy something through one of these links, we may earn an affiliate commission.