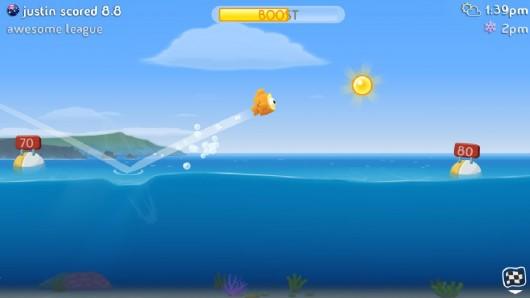 Halfbrick's Fish Out of Water launches on iOS today and it's unlike any of the studio's previous games. It's a much more casual experience with a far more simple premise that is, by all appearances, aimed at capturing a younger audience.

The goal of Fish Out of Water is to see how far you can fling a fish across the ocean. Your score is calculated across three tosses, factoring in both distance and the number of times your fish skipped across the water. 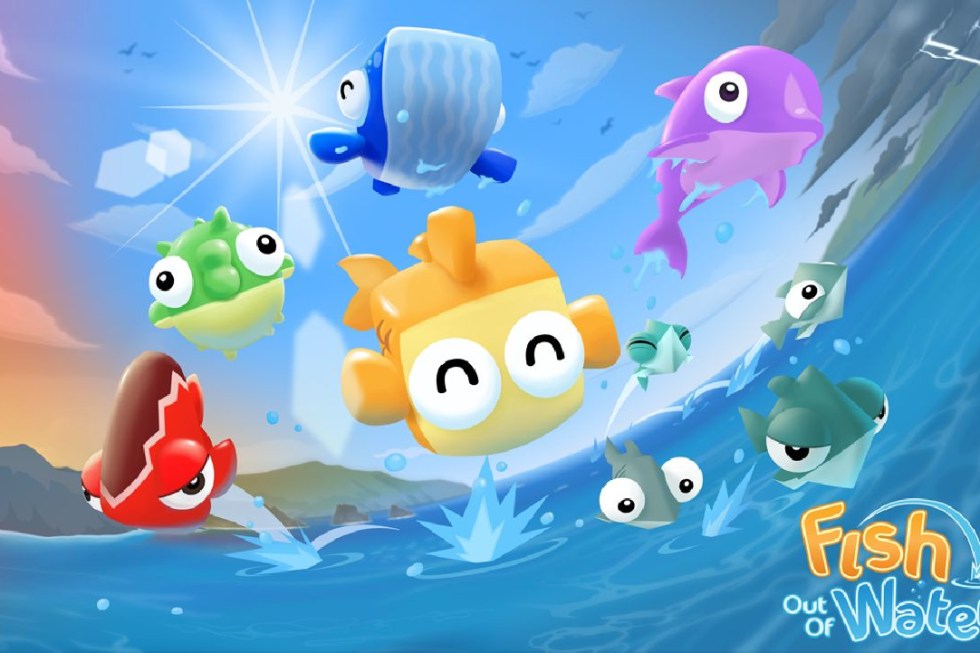 Each fish has different physical characteristics. The dolphin dives below the surface and re-emerges, requiring a much lower arc than other fish. The inflated blowfish is more prone to skipping above the surface at the sacrifice of distance.

There is depth here in what type of fish you choose to fling, as well as the trajectory of that fling. With six different fish to choose from, there's certainly some variety here. Mastering the nuance behind each fish is paramount to achieving the best score.

At its heart, Fish Out of Water is a competitive game. Leagues let you compete on daily leaderboards, either with friends or with strangers. Halfbrick has also incorporated a modified version of Jetpack Joyride's lauded mission system: each level tasks you with achieving three different goals before you can level up. With each level, you unlock crystal packs.

By combining two different types of crystals – big and small – you create boosts. These boosts run the gamut from increasing the number of times you'll skip on your next toss to changing the score of certain judges at the end of the round. Of course, in order to discover these boosts, you'll have to burn through a few different crystals as you experiment with combinations.

Fish Out of Water has the lowest barrier of entry of any Halfbrick game, though somewhat to its detriment. Over a sustained period of time, Fish Out of Water failed to capture my attention by sheer misfortune of I just got tired of flinging fish.

Fish Out of Water is available in the App Store (iOS) for $.99.
In this article: fish-out-of-water, halfbrick, ios, ipad, iphone, mobile, portabliss
All products recommended by Engadget are selected by our editorial team, independent of our parent company. Some of our stories include affiliate links. If you buy something through one of these links, we may earn an affiliate commission.