Apple Watch hack puts a tiny browser on your wrist 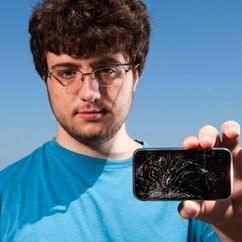 Famed iPhone jailbreaker Comex, whose real name is Nicholas Allegra, tweeted on Tuesday that he will be joining Google as an intern in the coming weeks.

Allegra originally made a name for himself when he released a jailbreak tool dubbed JailBreakMe. As the name implies, the tool enabled users to easily and quickly bypass Apple's iOS security measures.

Allegra's work eventually caught the attention of Apple who decided to hire the Brown University student as an intern in August of 2011.

Allegra lasted 14 months at Apple before being let go under somewhat murky circumstances in late 2012.

As for what Allegra will be up to over in Mountain View, well that's anybody's guess. It doesn't appear, though, that he'll be working on any Android related matters. Allegra noted in a conversation on Twitter that he will not be involved with Android, adding that he never liked the mobile OS "enough to ever want to hack it."

In this article: comex, jailbreak, nicholas allegra, NicholasAllegra
All products recommended by Engadget are selected by our editorial team, independent of our parent company. Some of our stories include affiliate links. If you buy something through one of these links, we may earn an affiliate commission.