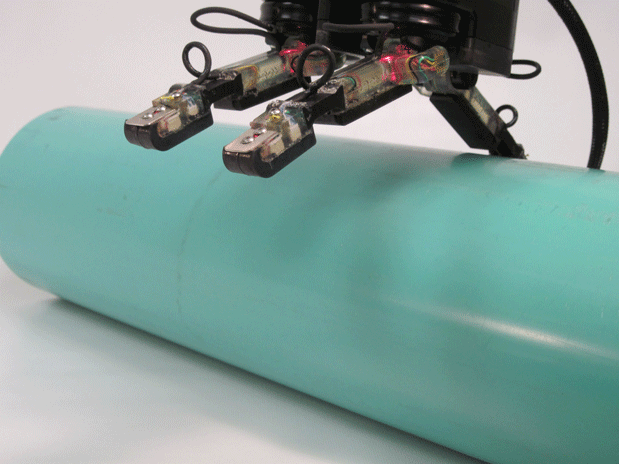 This three-fingered manipulator has just about everything you could ever want in a robotic hand. It's relatively low-cost, it's powerful, it's capable of picking up objects both large and small, and it's robust. In fact, we've already seen the thing used as a tee for an aluminum bat. The hand, which was developed by researchers at iRobot, Harvard and Yale, was created as part of DARPA's ARM Hardware (ARM-H), a program track focused on the creation of inexpensive, dexterous hands. According to its creators, the key here is "function rather than trying to mimic a human hand," which helped bring down the cost of building the three-fingered grasper. Check out a video of the Ninja Turtle-esque gripper getting put through its paces -- and strengthening its core with a 50-pound kettle bell -- after the break.

In this article: darpa, harvard, irobot, robot, robot hand, RobotHand, video, yale
All products recommended by Engadget are selected by our editorial team, independent of our parent company. Some of our stories include affiliate links. If you buy something through one of these links, we may earn an affiliate commission.