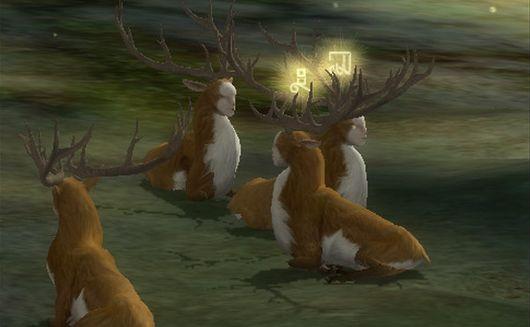 Last month, Justin asked you in a Daily Grind article whether you'd play a chat-less MMO. His examples included The Endless Forest, where communication is done through emotes and symbols, and Journey, where players use visual cues to signal intent.

As MMO players, we feel that massive communication is a must-have feature and socializing is just part of the game. So I was curious about the opinions of the massively staff members on this topic. Would they play a chat-less MMO?

I've actually roleplayed characters who were mute before. I made a large series of emotes like "points at face" and used them along with the built-in emotes to create a character who eventually was able to communicate in a very unique way. Even if the other players were not roleplayers, they almost were forced to because they interacted with this character of mine. I have thought about rolling another one. (It was never intended to make fun of a disabled player; it was a chance to bring other players out of their boxes.)

I don't think the problem has ever been chat; the problem has always been with the players. The game can shine only if the players make it shine, which is why I seek out games with heavy roleplay. A game with no chat would be fine and players would make do, but I would be afraid that many of them would just use it to "speak" and argue the same way they do now. That is, unless a developer was brave and enforced the rules.

I'd like to say yes, that I'm open to new things, especially because Journey was extremely enjoyable (at least when I wasn't terrified I was slowing down my clearly better-at-jumping-than-I partners). It definitely worked for two people over three hours when the entire goal was basically jump around, power up, and keep running. But I'm not sure that type of design would mesh with MMOs in the first place. Communication is so central to the core concept of MMOs, which is why people always find ways around chat restrictions one way or another, whether it's figuring out how to say KEKE to the enemy faction or using voice programs or adopting IRC to circumvent early MMOs' lack of chatboxes (see: Ultima Online's original chat-bubbles-only chat system).

Then again, I find a lot of MMOs far more relaxing when I turn off spatial chat and tune out all the chatter. So maybe I wouldn't even miss it.

My answer is a yes, as long as it fits the world and experience. Games like City of Heroes (originally) had no chat across enemy factions. In fact, heaps of games use this as a tool to engage you more in the world. I can see it working if there is a reason for it. Also, I'm an avid supporter of programs like Mumble, Ventrilo, and Teamspeak, which would get you over the initial frustration.

I would not make the decision to play an MMO solely based on the fact that it was chat-free. I would definitely play a great MMO that happened to be chat-free. If we had emotes but no chat, I think something would happen pretty quickly. A language is created with the given tools. Take away SMITE's chat and you have a very functioning communication system that has both practical application to the game and player-created humor. "STEPPING AWAY FOR A MOMENT." Portal 2 has this function in multiplayer; you have to solve pretty complex puzzles if both players don't have a mic. The older Battlefield games relied heavily on "Context Menu" communication and in-game sound to communicate. Communicating with sounds and UI elements was actually much more efficient than the in-game chat functions.

I just gave a list of games that work outside of the box for communication tools that I enjoy playing. Surely I would enjoy a great MMO without a chatbox and chat bubbles.

That game from Justin's TDG looks super tempting (creepy human/deer face hybrids notwithstanding), buuuuut I wouldn't really be playing it as an MMO. As much as I loved the interactions in Journey, that sort of game would have to be a short-term sort of thing. I saw Journey as a largely single-player game that was occasionally graced by happenstance.

I'm a big fan of the interactive and communicative nature of MMOs, so a game that was chat-less would have a fairly short grasp on my attention.

In talking with a friend about this subject, I think where we came down on it is that yes, we would... IF. If the chat-free nature were somehow built into the setting. If there were other ways to communicate. If it still allowed for connections and community. Really, the game would have to be designed around it rather than taking a traditional MMO and stripping away chat features.

Yeah, I can absolutely answer this question: Hell no. Communication is so key to the MMO experience that it really breaks a game if it's bad. Defiance was a big turn-off for me just because its chat functions suck.

I used to play that creepy human/deer game (I first heard about it on Massively's Turpstervision!) with my daughters several years ago, and it was great for them to learn the different ways to communicate without a general chat feature. I enjoy limitations on communication, such as with those MMOs that restrict or garble inter-faction chat, but something felt really off in Defiance with no on-going global chat feature in plain view like most MMOs. So I would certainly play a chat-less MMO if the alternative were done creatively.

What do you get when you throw the Massively writers' opinions together in one big pot to stew? You get The Think Tank, a column dedicated to ruminating on the MMO genre. We range from hardcore PvPers to sandbox lovers to the carest of the carebears, so expect some disagreement! Join Senior Editor Shawn Schuster and the team for a new edition right here every other Thursday.
In this article: chat-free, editorial, emotes, featured, group-editorial, massively-staff, massively-team, no-chat, opinion, opinions, roundtable, roundup, signals, the-think-tank, think-tank
All products recommended by Engadget are selected by our editorial team, independent of our parent company. Some of our stories include affiliate links. If you buy something through one of these links, we may earn an affiliate commission.