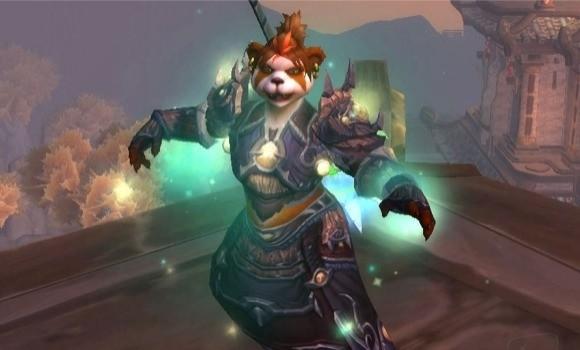 There's a lot of cool stuff coming our way in patch 5.3, including a new battleground, new scenarios, new quests, and a host of PvP changes. But while these splashy changes have been getting all the attention, monks haven't been left out of the action. Be aware that patch 5.3 is still on the PTR which means we may still see changes before anything his the live servers, but working from Blizzard's official patch notes, we can get a pretty good idea of what's coming. Let's take a look!

Help for healers
First up, there's a change to all healing spells that pick their own targets -- which includes things like Renewing Mist and Chi Wave. These abilities will now pick their targets a bit more intelligently. Says Blizzard, "Targets with lower % health will be preferred, and players are weighted more heavily than pets." It's hard to say how much this will impact gameplay in practice, but it's a definitely a buff.

Mistweavers are also getting a buff to Revival, whose healing cap is now 15 raid members (instead of 6) when used in a 25-player raid.

Current Ring of Peace skill description:
Forms a sanctuary around the friendly target, causing all nearby enemies within 8 yards to be disarmed and nearby enemy players unable to auto-attack. In addition, enemies who cast a harmful spell within the ring become silenced for 3 sec. Ring of Peace lasts for 8 sec.

Which causes this buff on the target:
All nearby enemies within 8 yards are disarmed and nearby enemy players are unable to auto-attack. In addition, become silenced for 3 sec when they cast a harmful spell.

Ring of Peace skill description on the 5.3 PTR:
Forms a sanctuary around the friendly target, instantly silencing and disarming all enemies for 3 sec. In addition, enemies who attack or cast spells on allies within the ring of peace will be disarmed and silenced for an additional 3 sec. Ring of Peace lasts for 8 sec.

Which causes this buff on the target:
Nearby enemies become silenced or disarmed for 3 sec when they cast a harmful spell or ability.

In short: the current version only affects players within the Ring of Peace, but 5.3's version will also silence and disarm people outside the ring using spells or abilities on people inside the ring. Most interesting, the new text doesn't make a distinction about "harmful" spells for silencing people outside the ring, so healers will have to beware monks casting Ring of Peace. The new spell has the same 8 second duration and 45 second cooldown.

A smattering of other changes
There are changes beyond PvP and healing, and though none of them are likely to make or break your game, they're mostly good:
In this article: 5.3, monk, monk-changes, monks, patch-5.3, patch-5.3-monk-changes, patch-5.3-monks, wow-monk, wow-monks, wow-patch-5.3, wow-patch-5.3-monks
All products recommended by Engadget are selected by our editorial team, independent of our parent company. Some of our stories include affiliate links. If you buy something through one of these links, we may earn an affiliate commission.