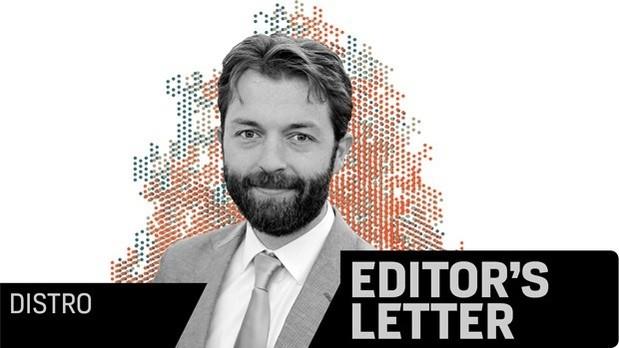 Another week with Google Glass and, as I grow more accustomed to having it in my life, I find myself struggling more and more to come up with reasons to wear the thing. I'm still very happy to stop on the street and give people a demo, but if I'm being honest, I don't need that much attention from strangers in my life. Don't get me wrong, I'm still very excited about the potential here, but it's safe to say the novelty is running out.

Still, this week Glass did get a nice improvement. The XE5 update was released late Tuesday night and shipped with a series of small but important niceties, like notifications from Google+ and the ability to do a search from anywhere in the UI. Unfortunately, this update also changes things such that uploads will only occur from the headset when it's plugged in and on WiFi. That'll help battery life -- at a somewhat unfortunate cost to wireless functionality.

The world of 3D printing got a lot more notorious this week thanks to the firing of what appears to be the first entirely 3D-printed handgun. It's called the Liberator and it was demonstrated to Forbes over the weekend by Defense Distributed founder Cody Wilson. We've seen plenty of weapon componentry come out of deposition printers over the years, but never a complete weapon. Well, nearly complete: it requires a single, metal nail as a striking pin -- and a bullet, of course.

As someone who enjoys firing handguns, but does not enjoy being fired at, I confess I'm of mixed feelings about this.

That nail is also the only component that could be picked up by a metal detector, though it's small enough that it's not likely to be. That's a point that raised the ire of many, including Senator Charles Schumer, who discussed the scary prospect of legislation relating to 3D printing. It's the very beginning of this debate, one that will almost surely rage on this year. As someone who enjoys firing handguns, but does not enjoy being fired at, I confess I'm of mixed feelings about this. The small caliber and short barrel on the Liberator are likely to result in a combination that's more of a nuisance than a lethal threat, but I still can't say that I want everyone walking around with one in their pockets. We saw more indications that the not-quite-bulletproof-but-close BlackBerry Q10 will be receiving a lower-cost QWERTY cousin soon, and some more information to boot. The R10 looks to share plenty of DNA with its recently reviewed portrait predecessor, but with half the storage, a poorer camera and what looks to be a less-sophisticated chassis.

OUYA's Julie Uhrman indicated that the company is delaying the retail release of its little, boxy Android gaming console by a few weeks. June 25th is the new shipping date for those who didn't get in on the Kickstarter edition, but those who already have theirs shouldn't get too cocky. The retail version will be receiving at least one significant upgrade: buttons that don't stick! Yes, OUYA is working on revising the controller faceplates to fix one of the most annoying issues with that edition, and we're hoping the company does something to help out those early backers with sticky inputs. OUYA also picked up an additional $15 million in funding and a new board member: former EA exec Bing Gordon. What exactly it's going to do with all that cash remains to be seen.

Meanwhile, Gordon's previous employer gave Nintendo another kick while it's down. EA announced this week that games made using its next-gen Frostbite engine will not be coming to the Wii U. Game devs at the company tested the engine on Nintendo's latest and found the results to be unsatisfactory. This means major titles like Battlefield 4 and Madden NFL, along with 13 others, will not be ported here, putting a significant damper on the system's credentials as a general-purpose gaming machine.

Things are looking better at Sony, for a change, with the company posting its first profits since 2008 -- that's nearly as long as the PlayStation 3 has existed, if you're keeping count. Hirai's house managed $458 million in profits despite sagging TV sales. But, smartphone sales are starting to show some growth, and software revenue is increasing as well, helping to swell that bottom line. Sony's surely hoping its PS4 doesn't prove to be quite the burden its predecessor turned out to be.

Sony's surely hoping its PS4 doesn't prove to be quite the burden its predecessor turned out to be.

In this week's Distro we're looking back at 10 years of the iTunes Store, a service that started off as an annoying music player and ultimately reshaped the industry. We also have reviews of the new Fitbit Flex and the purely coincidentally named Sony VAIO Fit 15. We have an interview with the recently knighted and soon-to-be astronaut Sir Richard Branson, Ross Rubin talks about the challenges of not being able to wear Google Glass, Joshua Fruhlinger relives a high-tech childhood rivalry and Fall Out Boy guitarist Joe Trohman does the Q&A. Now, who wants cake?

This piece originally appeared in Distro #82.

In this article: 3d printing, 3dPrinting, blackberry, editorsletter, liberator, nintendo, ouya, ps4, tim stevens, TimStevens
All products recommended by Engadget are selected by our editorial team, independent of our parent company. Some of our stories include affiliate links. If you buy something through one of these links, we may earn an affiliate commission.