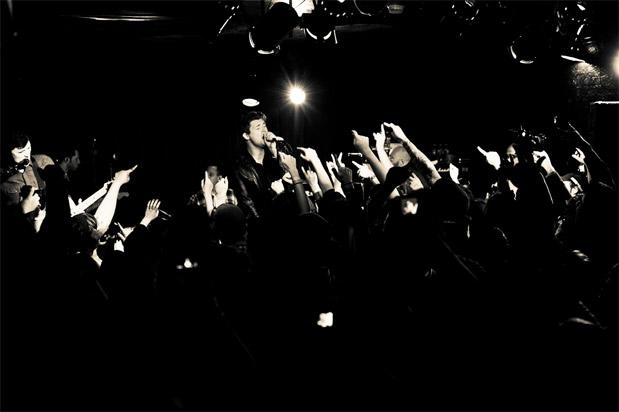 It's hardly a new tactic -- teasing music lovers with a stream of a new album prior to its on-sale date -- but Pandora's getting into that business in an official way today. Not content with letting iTunes drink the whole of said milkshake, Pandora Premieres will allow users to preview upcoming album releases in their entirety before they go on sale. The new station will reportedly feature both mainstream and emerging artists, with albums to hit the Pandora airwaves "up to one week prior to the scheduled US launch date." Listeners can enjoy these early album releases simply by adding the Pandora Premieres station, which will be updated weekly with new releases. Better still, users will be able to replay it as much as they'd like, or listen to bits of pieces of it as they choose. If you'd like to give it a look, head to your Pandora player and search for "Pandora Premieres."

OAKLAND, Calif., May 21, 2013 /PRNewswire/ -- Pandora (NYSE: P), the leading internet radio service, today announced the launch of Pandora Premieres, a first-of-its kind station for the company that offers listeners the opportunity to preview upcoming album releases in their entirety before they go on-sale. Pandora Premieres will feature previews from a wide variety of artists, both established and emerging, across multiple genres, up to one week prior to the scheduled U.S. launch date.

Pandora Founder and Chief Strategy Officer, Tim Westergren said, "Pandora Premieres represents a great new discovery platform for our more than 200 million registered users and an equally powerful vehicle for artists, both established and emerging to reach new audiences. Never has so targeted a program been delivered on such a massive scale."

Listeners can enjoy these early album releases simply by adding the Pandora Premieres station, which will be updated weekly with new releases. With Pandora Premieres, listeners can choose to hear any track on the featured album, in any order and as many times as they'd like, for the time period the album is available on the station. Listeners are encouraged to tune in regularly because new albums will be featured each week, with some artists also offering additional exclusive content such as video interviews.

The albums debuting today feature artists from the Classic Rock and Folk music genres, including:

Classic Rock: John Fogerty , "Wrote a Song for Everyone" http://bit.ly/10JKQzPOn his ninth solo studio album, Fogerty draws from his personal songbook including hit tracks, "Bad Moon Rising", "Who'll Stop the Rain" and "Fortunate Son" in addition to penning two new original songs for the album. Showcasing his blues influences, classic guitar tones and dynamic vocal range, the reinterpretations of classic hits on this album are also created with artists including Brad Paisley , The Foo Fighters, Jennifer Hudson and Miranda Lambert .
Folk: Laura Marling , "Once I Was an Eagle" http://bit.ly/10IBoZsThis is the fourth album from the 23-year-old English folk singer. After cutting her teeth in the U.K. folk scene, Marling delivers new songs that display her lyrical sensibility and earthy vocals akin to the sound of Joni Mitchell . Organic and sparse acoustic arrangements are portrayed on the albums' 16 tracks with Marling and her band playing a total of three instruments: guitar, cello and drums.

To help bring this unique music discovery experience to listeners, Pandora has teamed up with T-Mobile® as the debut sponsor of Pandora Premieres. The exclusive sponsorship will continue through the remainder of 2013.

"Pandora has established itself as a music service that is continuously creating new ways for people to listen and discover new music, and similarly, as the Un-carrier, T-Mobile continues to break industry norms," said Peter DeLuca , SVP of Marketing at T-Mobile. "Our partnership with Pandora is yet another example of how we are always looking to offer consumers something different. Together we have introduced a very unique service, a different way for consumers to experience music. By bringing this custom Pandora radio station, Pandora Premieres, to life, we are offering consumers access to pre-release materials before their U.S. on-sale dates."

The Pandora Premieres station can be added to a listener's station list by typing "Pandora Premieres" into the search. The station and more information about the program are also available at pandora.com/premieres.

ABOUT PANDORA
Pandora (NYSE: P) gives people music and comedy they love anytime, anywhere, through connected devices. Personalized stations launch instantly with the input of a single "seed" - a favorite artist, song, or genre. The Music Genome Project®, a deeply detailed hand-built musical taxonomy, powers the personalization of Pandora® internet radio by using musicological "DNA" and constant listener feedback to craft personalized stations from a growing collection of more than one million tracks. Tens of millions of people turn on Pandora every month to hear music they love. www.pandora.com

In this article: music, pandora, Pandora Premieres, PandoraPremieres, previews, streaming, streaming music, StreamingMusic
All products recommended by Engadget are selected by our editorial team, independent of our parent company. Some of our stories include affiliate links. If you buy something through one of these links, we may earn an affiliate commission.