YouTube Music offers charts for the hottest songs and videos

Unless you've been living under a proverbial rock, you've at least a passing familiarity with Twitter's #Music service, and today the platform given us another reason to check it out, thanks to the addition of genre charts. When #Music launched a month ago, it provided the means to discover and hear tunes from popular, emerging and suggested artists along with those you and your friends follow. Now those discovery pages have been expanded to include ten musical genre charts (country, hip-hop, rock, etc.), plus five additional charts titled Superstars, Popular, Emerging, Unearthed and Hunted.

The Superstar and Popular charts display the most popular songs and new music that's trending, while Emerging and Unearthed are two avenues for finding lesser-known songs and artists. Finally, the Hunted chart displays music that's currently popular in the blogosphere. So, people of Twitter, go forth, use these new charts and find your musical bliss, but only on the web, 'cause the iOS app is without them... for now.

In this article: charts, discovery, music, streaming, twitter, twittermusic, wearehunted
All products recommended by Engadget are selected by our editorial team, independent of our parent company. Some of our stories include affiliate links. If you buy something through one of these links, we may earn an affiliate commission. 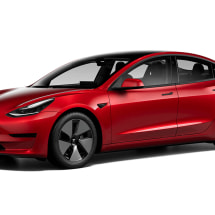