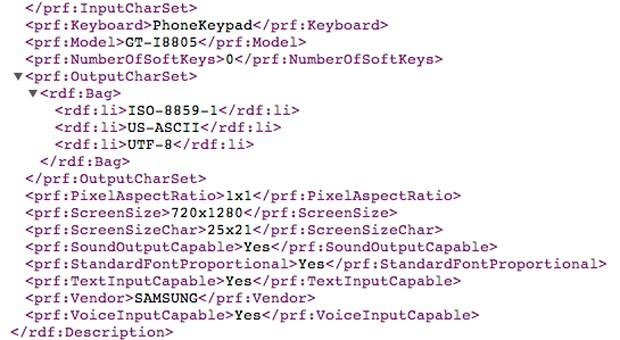 Samsung committed to launching Tizen devices almost as soon as 2013 began, but there has been little to show for its promise outside of a developer phone. To our relief, there are signs of sustained interest in the project: Techtastic has spotted a Samsung user agent profile for the Tizen-toting GT-i8805. The web code suggests that the company is playing it safe with its first wave of hardware for the OS, however. While the i8805 appears to support LTE, mentions of a 720p display and an older ARM Cortex-A9 chip probably won't have technofreaks regretting their Galaxy S 4 purchase. Even so, the sighting should give hope to those who've been waiting months on end for Bada's spiritual successor.

In this article: gt-i8805, linux, minipost, mobilepostcross, mobilepostmini, redwood, samsung, smartphone, tizen, uap, UserAgentProfile
All products recommended by Engadget are selected by our editorial team, independent of our parent company. Some of our stories include affiliate links. If you buy something through one of these links, we may earn an affiliate commission.