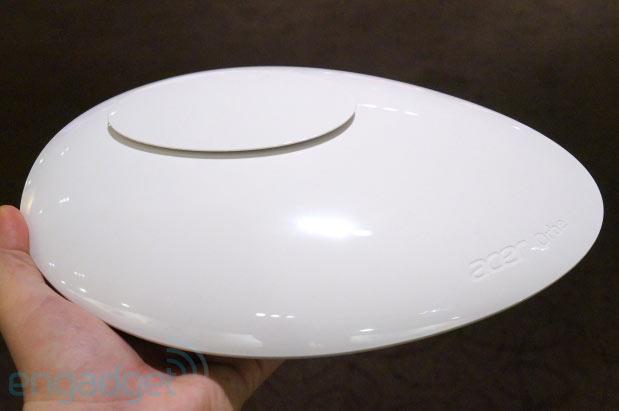 On stage at Acer's press event at Computex 2013 in Taipei, wrapping up a day of new Ultrabooks, tablets and smartphones, it revealed the Orbe, a new storage hub that connects to AcerCloud. You'll be able to tap into 2TB of storage with the curiously-shaped device, which will connect to... yep, Ultrabooks, tablets and smartphones -- something that's particularly useful given the cloud service's relatively recent update allowing any Android or iOS device to connect. Unfortunately we have yet to dig up any more specs on the device, but you can take a closer look at the hardware in our hands-on photos below.

In this article: 2tb, acer, acercloud, computex, computex2013, orbe, WirelessStorage
All products recommended by Engadget are selected by our editorial team, independent of our parent company. Some of our stories include affiliate links. If you buy something through one of these links, we may earn an affiliate commission.