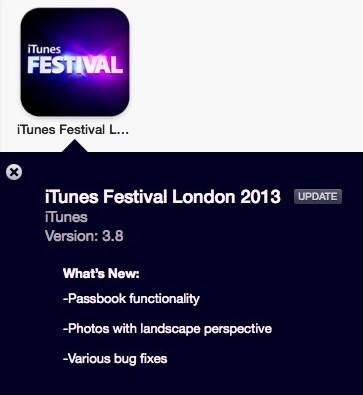 It was just last week Apple announced this year's iTunes Festival London and introduced the 2013 version of the app. Now, the company has pushed out an update to the iTunes Festival London 2013 app that includes Passbook support. The move is a small but nice one, as Passbook apps outside of the US are a rarity and an app that promotes concerts is a natural fit for Passbook functionality.

In this article: iPhone, itunes festival, ItunesFestival, london, passbook, Software Update, SoftwareUpdate
All products recommended by Engadget are selected by our editorial team, independent of our parent company. Some of our stories include affiliate links. If you buy something through one of these links, we may earn an affiliate commission.
Share
Tweet
Share