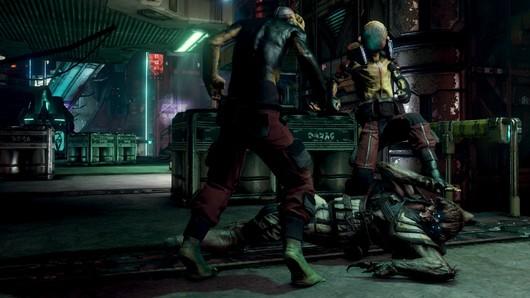 Publisher Bethesda is "unhappy" with Prey 2's current state, company vice president of PR and marketing Pete Hines said during an interview with IGN during E3.

"We appreciate that folks are displeased that we haven't had any update or any info on Prey 2, but whatever your displeasure is, you can't even be remotely as unhappy about it as us," Hines said. "We spent years and millions of dollars and a ton of effort trying to help [developer] Human Head make a great Prey 2 game. What we said the last time we said anything was that it's not up to our quality standards."

Human Head is rumored to have encountered numerous setbacks during Prey 2's development. Anonymous sources claimed that development stalled in late 2011, and rumors from last month indicated that Dishonored developer Arkane Austin might be taking over the troubled project.

Hines' frank comments during IGN's interview suggest that Prey 2 is either on the verge of cancellation or a major shift in development. "You don't just keep throwing money at something or going down a path that you're not happy about," Hines explained. "You have to make tough choices. Again, when we have more info on it, we'll be happy to talk about it. That's what I can say for now."
In this article: bethesda-softworks, human-head-studios, microsoft, pc, playstation, prey-2, ps3, xbox, zenimax-media
All products recommended by Engadget are selected by our editorial team, independent of our parent company. Some of our stories include affiliate links. If you buy something through one of these links, we may earn an affiliate commission.